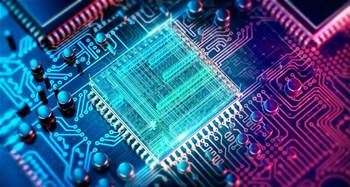 A team of Australian and international researchers are exploring the use of molecular electronics to overcome barriers to cramming more processing grunt into computer chips presented by the limits of physics.

If successful, the bio-based approach could present an alternative or bridging technology to going quantum.

In a paper published in Nature, the researchers claim that using molecules engineered to function like electrical circuitry could result in devices which are 10 times smaller than those currently be commercially produced.

"Molecular electronics hasn’t previously lived-up to expectations, but we’ve seen a renaissance of the field in the last five to six years," said Macquarie University associate professor Koushik Venkatesan, who was involved in the research.

The field of study has so far been limited by a lack of a stable, mass-producible platform for these molecules to sit on and connect with each other to form a closed circuit.

But Venkatesan said new developments within nanotechnology and the molecules’ ability to respond to electrical charges could turn out to be a “missing link” in developing smaller, cheaper, faster electronics with more memory.

Early trials with the technology have experimented with a “sandwich architecture” in which the molecules are laid down on a metallic bed and covered with a non-destructive metallic nano-layer to provide a conductive contact.

"This fundamental research is extremely exciting as it points the way to practically 'wiring molecules' by exploiting the fact that Koushik and his colleagues have made a metallic nanoparticle provide a reliable electrical contact to individual molecules," said professor Alison Rodger, head of the Department of Molecular Sciences at Macquarie University.

The researchers' next goal will be to test their technique on other molecules with different functions to see how (or if) they work as viable circuits, semiconductors and transistors.

The team hopes that the research will lead to solid-state devices that could one day be scaled down to the size of a single molecule.