Modest IT ambitions round out Qld Labor's first budget 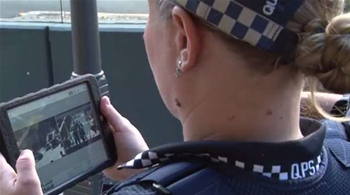 Following the lead set by the former Liberal state government last year, Queensland's Labor leaders have offered up a lukewarm budget in tech terms, devoid of any big bang IT announcements.

The Labor government did, however, quietly uphold its opponent’s pre-election pledge to the state’s police officers, re-shuffling $25.1 million within the QPS budget to pay for 5400 iPads that will be handed to frontline cops.

The state LNP had promised to deliver the tablets in the lead-up to January state election, offering to fund a 5400 expansion to the device fleet, bringing it to 8250 and covering the bulk of the state’s 10,990 sworn officers.

In his first budget, freshly minted Labor Treasurer Cameron Dick revealed the government would match the commitment. However it has pushed back the date the funding will become available, meaning the first devices are unlikely to trickle through until the second half of next year.

Budget papers do not reveal where the “reallocation” of funding will be sourced from, but confirm no extra money has been drawn out of budget coffers.

The Queensland Police Service had 2850 iPads on the beat at last count, with the extra instalment of devices expected to deliver the equivalent of 300 extra officers over three years though improved officer productivity.

The government has also increased its funding for body-worn video cameras for the force from $5 million to $6 million over three years.

More tech funding for the portfolio is likely in future years, with the government giving the Public Safety Business Agency the green light to ahead with an electronic rostering initiative.

The cost of the project will be decided once a business case has been handed in to cabinet.

It will spend $179 million in 2015-16 on the ongoing statewide rollout of existing clinical and administrative systems across its hospitals and health centres, down roughly $20 million on the year-on-year eHealth bundle in 2014.

While dishing out modest funding, the state will also ask agencies to find just under $2 billion worth of savings over five years, with ministers left to “reprioritise” expenditure to hit portfolio efficiency targets.

But ministers have also been told they are not to achieve the dividends through redundancies.

“There will be no forced redundancies or voluntary redundancy programs in response to reprioritisation measures," budget papers demand.

“To achieve their reprioritisation target ministers can reduce discretionary spending in areas such as consultants, contractors and advertising, as well as utilise savings from improvements to productivity and procurement."