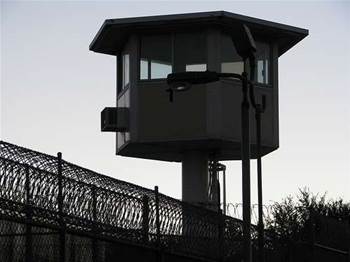 The trial of Australia first mobile jamming system in a NSW jail is expected to start as early as next month after the state’s Department of Corrective Services yesterday awarded two tenders for the project.

The proposal to clamp down on illegal use of mobile phones by prisoners in NSW jails first arose in 2009, after two mobile phones were discovered in a cell in Goulburn prison.

The NSW Department of Corrective Services tested mobile jamming equipment in 2001 and claimed that jamming signals could be contained and not affect areas surrounding the prison, as first feared.

The trial is expected to last 12 months, with the technology to be rolled out to prisons across the state should it prove successful.

The Department today confirmed it had awarded two tenders - one covering the provision of equipment, materials and 18 month warranty for a distributed antenna system, and another for the design and installation of equipment for CJAM jammers.

WiComm has been awarded a six week contract worth $462,163.31 for the supply of equipment and materials for the distributed antenna system (DAS), while LAN Installations  has been tasked with rolling out the DAS in a two-month contract worth $178,321.50.

At its conclusion, Corrective Services will report to ACMA and telcos on the success of the trial, based on pre-agreed performance indicators such as:

The Australian Communications and Media Authority this year granted Corrective Services an exemption to Radiocommunications (Prohibition of PMTS Jamming Devices) Declaration 2011 for the trial, which is valid until June 30 2014.