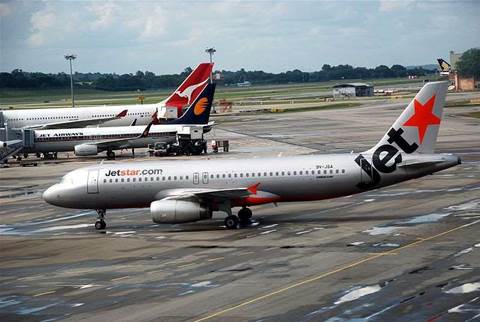 Contributes to missed approach into Singapore.

A Jetstar crew was distracted by an active mobile phone in the cockpit on approach into Singapore two years ago, contributing to a missed landing approach, an investigation has found.

The Australian Transport Safety Bureau released its final report into the incident (pdf), in which Jetstar flight JQ57 from Darwin descended to 500 ft without the correct landing configuration.

The bureau did not apportion blame to any individual but said a range of factors contributed to the incorrect configuration.

At the time, the first officer was piloting the aircraft. The captain was the pilot not flying (PNF) for the sector.

"The effects of a number of cockpit distractions combined with fatigue to adversely affect the first officer's configuration of the aircraft for the approach and landing," investigators found.

"Normally, it could be expected that the captain, as the pilot not flying, would have been monitoring the situation and have intervened to correct the situation."

One of the cockpit distractions was the captain's mobile phone.

"Somewhere between 2500 ft and 2000 ft in the descent, the crew heard noises associated with incoming text messages on the captain's mobile phone," the investigation found.

The first officer requested a missed approach altitude of 5000 ft be set in the flight control unit. After failing to get a response from the captain, he repeated the request.

"The first officer recalled that, after still not getting a response from the captain, he looked over and, on seeing the captain preoccupied with his mobile phone, set the missed approach altitude himself," investigators reported.

"The captain stated that he was in the process of unlocking and turning off his mobile phone and did not hear the call for the missed approach altitude to be set in the [flight control unit]."

Although Jetstar's portable electronic devices policy applied equally to the crew as it did passengers, the captain had accidentally left his phone switched on after receiving a call on it from the airline's operations group while sitting on the tarmac in Darwin.

"The captain reported that he kept his phone turned on while in the cockpit at Darwin in case operations needed to contact him again," the investigation noted.

"Prior to departure, he unintentionally omitted to turn the phone off and, during the approach, a number of messages were received from a Singapore mobile phone service provider."

Phone records showed the captain did not send or answer text messages or calls on approach.

Neither telco kept records of the messages that were sent to the handset that day, and "by the time the captain was interviewed as part of this investigation, he had erased the messages from his phone," the report noted.