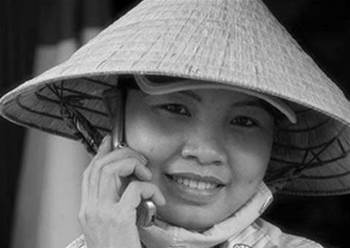 Reasearch by the Australian Communications Consumer Action Network (ACCAN) funded Anglicare Victoria shows that over half, or 56.1 per cent, of low-income earners cannot afford internet at home and do not access the internet on their mobile devices.

“Lack of access to the internet was related to deprivation of other basic items such as medical treatment, social contact and appropriate housing. Digital exclusion is an indicator of deep social and economic inequality,” said the report's author, Dr Sarah Wise.

ACCAN chief executive Teresa Corbin said: "It is clear from the data that many of the lowest-income Australians are not connected because they cannot afford it."

Corbin said that in today's society, to be on equal footing meant access to both a mobile and the internet, and ACCAN is calling for a discussion with industry and policy makers to address the problems found in the Anglicare Victoria research.

In support of its call for better access to mobile and the internet, ACCAN cited a study by Swedish telco vendor Ericsson in conjunction with management consultants Arthur D Little and Chalmers University of Technology. The study found a correlation between increased broadband speeds and rising household income.

According to the study, which included more than 19,000 households around the world, doubling the access speed from four to eight megabits per second boosted household incomes by US$120 (A$129) a month, adjusted on a purchasing power parity basis.

In Brazil, India and China, increasing access speed from half a megabit per second to four provided a US$46 (A$50) a month increase in household income. The returns from increased broadband speeds were higher in more developed economies, the study revealed, as these have more advanced services available.