Mining boom reflected in IT salaries 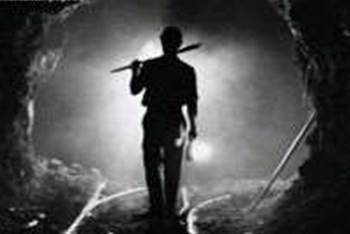 But as industry gets the jitters, can it last?

IT workers in the mining-boom states of Western Australia and Queensland led salary increases over the past year, according to recruiter Hays.

In Western Australia, project managers, systems and business analysts all saw salary increases, while there was also some demand for mid-level .NET and Java developers, Hays noted in its 2012 salary guide.

On average, 45 percent of IT&T workers across the country saw a salary increase of between three and six percent last year.

"To say the booming resources and mining sector is the highlight of Australia's recruitment landscape is an understatement," the guide noted.

"New major projects as well as expansions and of course the ongoing skills shortage is fuelling a very active and fierce race for the top talent."

Some 55 percent of workers across the mining and resources sector generally saw a similar increase. The biggest salary rises were reserved for mine managers, OH&S, geologists, engineers and for roles in maintenance and production.

However, not all of the big resources firms were trying to attract and retain workers on salary alone.

"Some companies are relying on the quality of their benefits, rosters, camp accommodation or project strength to attract and retain staff," Hays said.

Although Hays saw demand for work in the mines to continue into next year, there are signs of softening investment and more caution when it comes to approving giant resources projects.

Australia's Treasury indicated this week that the big investments seen over the past year in mining could start tapering off as early as July next year.

Comments by BHP Billiton executives this week raised concerns that it might delay final investment decisions on several proposed projects - including the planned expansion of Olympic Dam in South Australia.

Fortescue Metals Group is also said to be re-evaluating expansion plans beyond 2012-13.

Both miners have technology spending potentially tied into future projects, such as the fitout of camps and accommodation villages, fibre optic cabling and automation.