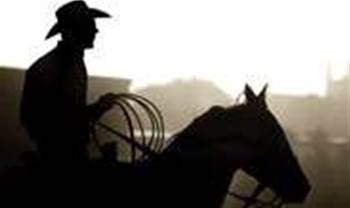 Riding in, with little fanfare, and on a mission to clean up the town, the interim chief information officer (CIO) is an unlikely hero of modern companies. In fact, it is a role that many senior managers misunderstand, and one that many insiders distrust.

So why is demand for interim CIOs so strong? Who are these mysterious executives who come into a firm, work on a project then leave, and what benefits do they offer?

Typically, interim CIOs are seasoned veterans. Firms in a spot of bother, or in need of a capable change leader, want to bring in someone with a hatful of experience. But there can be significant confusion about the role, with some leaders failing to appreciate the difference between an interim CIO and a consultant. Meanwhile, some prospective interim CIOs struggle to cope with the uncertainty inherent in the job.

The position of interim CIO is not for everyone, but when approached with the right attitude the role can reap huge benefits on both sides, says Alistair Russell, development director at networking group CIO Connect.

“The interim is a powerful, viable and valuable resourcing approach to the key role of CIO,” he says. “I think IT professionals take up a position as an interim because they recognise it as a role that plays to their strengths and is often an opportunity to further develop the power of their credentials as a change agent at the most senior level in an organisation. It can, of course, lead to a project lifestyle that suits those who like intensive, challenging and highly rewarding bursts of work over a year or so followed by a period of rest and relaxation.”

Simon Berry runs Interim Assignment, a workshop and facilitation service for managers looking for interim appointments. He says that demand for interim CIOs is definitely growing. “They are not consultants. The companies that use interim CIOs say that they would use them again. You cannot say the same thing about consultants,” he says.

Berry also works as an interim himself, so he knows from experience the value of helping managers to find roles, and employers to find workers. “I want to unblock the challenges out there,” he says.

These challenges include keeping pace with the latest technology trends and skills, says Berry. “Because about 80 per cent of the work they do is based on change management, they have to stay ahead of the market.”

John Hall also works as an interim CIO, and like Berry, offers management services via his company, Vision 2000. Hall says he entered the world of interim work for the variety of opportunities it offered and because he “wanted more control over what I was doing, and for whom”.

Berry believes that people choose to become interim CIOs because they no longer feel adequately challenged by their full-time roles. “They can become pigeonholed,” he says. “They need variety; something that is challenging and constantly developing.”

According to Berry, interim CIOs tend to be strong and independently minded. They want to move on and not be tied to one role for too long.

“They do not want the sort of role that requires them to just keep the ship steady. They will have a track record in solving problems and recognise IT not as the be-all and end-all but as a mechanism to achieving results,” he says.

The firms that appoint interim CIOs are varied, as are the tasks to which they are assigned. Hall has worked in many roles for a range of different companies. In one of his earliest appointments, he was charged with designing a four-year IT strategy for a pharmaceutical company.

Hall believes having a range of skills has helped him to find new roles.

“I have worked in a wide range of sectors, overseeing strategy, delivery and implementation. I am currently developing an IT strategy for a media and broadcasting firm,” he says. “Because it is almost always change-management work, there is a lot of value to be gained from general sector experience because it gives you a solid background.”

Hall says that in his experience, most companies understand how to get the best value out of an interim.

“It used to be about filling a skills gap, or trying out a new role, but more recently it has become about change implementation,” he says. “We are used to coming in and ramping up quickly, taking control and driving something forward.

Also, because we are interim we are unencumbered by thoughts of our careers, any hidden agendas, or indeed office politics.”

“An interim CIO is a very powerful agent for change in an organisation,” he says. “By making the role an interim you intensify the ability of the individual CIO to deliver. They have an unswerving focus on doing the right thing for the organisation and only the organisation, and a clear delivery perspective akin to a
project-style approach to the role.”

Berry suggests that typically firms will employ an interim IT manager because they have an assignment that should take eight or nine months to complete. “It is not about keeping a seat warm, it is about change. Systems may need updating and replacing. It might take a quick fix or a total revamp, and that means a new strategy and then implementation,” he says.

It is the more forward-thinking human resources departments that hire an interim CIO, according to Berry.

“They are not looking at a gap in their skills sets and thinking, ‘We need to recruit someone.’ They know that they might not need that person for long, maybe just six months, so they want someone who can come in, but does not want to hang around and keep things ticking over in a full-time role,” he says. “A recruitment process is often long and costly, and such an initiative could delay an important project.”

The current financial market may yet lead to even greater demand for interim CIOs as companies strive to get more out of their IT systems.

In cash-strapped times, a temporary worker with the ability to get a job done, and leave, may be the ideal solution.
Got a news tip for our journalists? Share it with us anonymously here.
Copyright © 2010 Computing
Tags:
forgunshiretraining & development