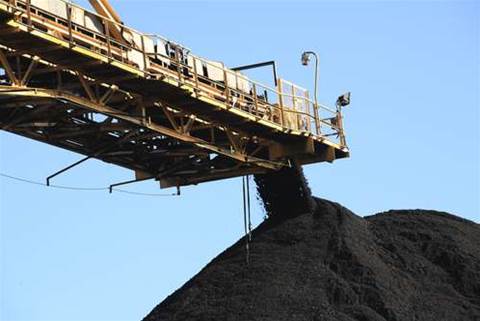 Why Australia's coal and iron ore giants are going predictive.

Australia's biggest iron ore and coal miners are employing increasingly sophisticated systems to track and predict the movement of dust and other particulate matter from their sites.

Monitoring of dust and particulate matter — solid or liquid particles suspended in the atmosphere — is generally required to meet environmental conditions and operational obligations.

Monitoring networks typically consist of a number of data acquisition systems continuously measuring particulate concentration in ambient air, feeding information back to data centres, from which short-term concentrations are calculated.

The gradual “computerisation” of dust monitoring over the past two decades has seen miners' ability to process vast amounts of data in real time significantly evolve, according to the leader of the quality assurance unit within the atmospheric science section of the NSW Office of Environment and Heritage, Alan Betts.

“The requirements these days of monitoring networks are such that you just can't handle [the] amount of data with that type of [manual] system," Betts said.

Betts has an ongoing role in the Upper Hunter Air Quality Monitoring Network, a joint initiative by the NSW Government, coal and power industries.

The network consists of 14 monitoring sites feeding data back to a centralised database, and has been fully operational for almost a year.

It was designed to provide regional air quality monitoring data on the cumulative impact of coal mining in the Upper Hunter region of the state.

“We have data acquisition equipment which records data continuously to formulate the averages required,” Betts said.

“On the hour we pull the data back from those 14 sites. The data is then loaded into our database, and we apply various quality assurance routines against that data, and from there the various averages are calculated.

“All of those calculated daily averages and rolling 24-hour averages for particles, we then transfer into another database that pushes data onto our web pages, and our web pages are updated as close to an hourly basis as possible.”

Though the network aims to collect data 24x7, it is dependent on 3G networks for data transmission, meaning breaks in the data supply chain occur occasionally.

“Sometimes that communication chain can be broken," Betts said.

"That doesn't necessarily mean that the instruments and the data acquisition equipment aren't collecting data. It's just not being able to be pulled back to our central database because of that communication breakdown."

Other disruptions occur "due to routine maintenance and calibration issues". The network targets an availability of at least 95 percent.

For example, the Rio Tinto-owned Mount Thorley-Warkworth coal mine in the NSW Hunter Valley reported in its most recent environmental management tome that all five real-time dust samplers "experienced periods where data was unable to be collected".

"Generally, this is the result of power failure, communications equipment failure, or measuring unit malfunction,” the report (pdf) stated.

Most units in the network "maintained data recovery rates above 89 percent", Rio Tinto noted. Data logs are transmitted back to a central database that can alert environmental personnel when particulate matter levels reach trigger levels at neighbouring residences, on the basis of a rolling three hour average.

Most major mine sites use both real-time monitors and gravimetric high-volume air samplers to quantify particulate concentrations, according to Ecotech marketing and scientific sales manager, Steve Chamberlain-Ward.

He noted most field instrumentation could be accessed remotely over a communication link, typically a private 3G network or via satellite, to check operational status and to download data.

“Apart from the development of real-time monitoring techniques, the greatest developments [in particulate monitoring] have been in communications,” he said.

Read on for the big miners that are pioneering dust management strategies based on predictive analytics.