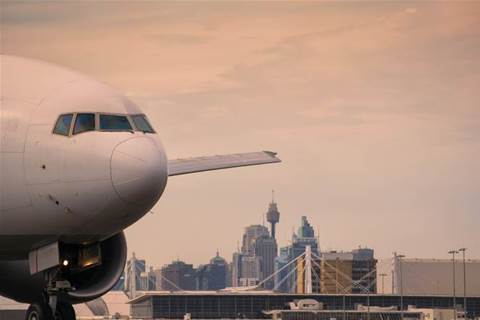 The way Australia’s immigration authorities decide what tech jobs and skills the nation needs to import through permanent and temporary migration is set for a major shake-up, with large employers prevailing over IT industry groups in their push to review job classifications for visas.

It is understood that some major employers, including banks, will push for a bigger say on deciding how technology position types and professions are added or removed from the government’s skilled migration occupation list, to shift the status quo of primarily relying on industry groups like the Australian Computer Society (ACS) for input.

The push coincides with a review of the skilled migration occupation lists, announced on Wednesday by Minister for Employment, Skills, Small and Family Business Michaelia Cash and Minister for Immigration, Citizenship, Migrant Services and Multicultural Affairs David Coleman, to refresh permanent migration settings to reflect changes in demand in job types.

“As a Government, our role is to ensure that Australian employers can access workers with the skills needed to fill the jobs of today and tomorrow when they can’t be met by the domestic workforce,” Cash said.

“As part of the review, my department will consult with industry, employers, unions and individuals in developing advice for the Morrison Government on the occupations required to meet the labour market needs of the Australian economy.”

The launch of the review confirms a view in parts of the Morrison Government that employers and the broader technology industry in Australia have become too reliant on temporary migration, like the recently axed 457 visa subclass, to top-up what has now become a sustained skills shortage.

There is also frustration with mixed messaging from the tech industry in terms of what it wants.

The preferencing of the temporary migration scheme rather than permanent skilled migration to source tech labour also led to some employers, like systems integrators and managed service providers, gaming the temporary skilled visa system to compete on cost - one of the reasons the 457 system was abandoned.

The biggest challenge for the skilled permanent migration system is that its effect can often lag changes in economic cycles because migrants need to be vetted and their skills assessed, the latter area where the ACS has held a dominant role for years.

At the same time, those setting immigration levels and quotas need to hedge against rises and falls in employee and skills demands to strike a balance that does not leave a major skills deficit but also does not create an oversupply.

A senior source at a retail bank, who declined to be named, suggested that employers were better placed to communicate their tech skills demand to the government than technology industry groups, which had an interest in preserving influence over skills designation and assessment.

Some major technology vendors also had an interest in preserving the current system because business purchasing decisions could be influenced by arguing there was an established skills “ecosystem”.

While the logic of an ecosystem was valid, it also diminished competition and innovation and sometimes fostered legacy dependency.

The other known concern in government around the demand for technology skills in Australia – as opposed to technology industry growth – is that the tertiary education sector and industry groups have been largely ineffective in combatting a labour demand mismatch.

Now a persistent feature of large and medium businesses – and government organisations – undergoing so-called digital transformation, the effect of tech labour undersupply is also exacerbated by some employers being able to afford to pay higher labour costs, leaving other employers behind.

The digital bifurcation effect was called out by the Reserve Bank of Australia that cautioned it could put a handbrake on wider wages growth, another persistent and prolonged feature of the Australian current economy.

Those sentiments are borne out in the latest Australian Computer Society Digital Pulse report, compiled by Deloitte Access Economics, which will be launched by Treasurer Josh Frydenberg today in Melbourne.

“In trend terms, Australia’s technology workforce has grown by an average of 2.5 percent per annum between 2011 and 2018, outpacing the average growth of the overall Australian labour market of 1.7 percent over this period,” the ACS report said

The ACS estimates demand for technology workers will grow by 100,000 between 2018 and 2024 in trend terms, with the technology workforce increasing to 792,000 workers.

“Skilled workers from overseas are therefore an important source of technology skills for Australian businesses in the short term. Despite this, only 9900 temporary skilled visas were granted to technology workers in 2017-18, 26 percent fewer than the previous year,” the ACS warned.

“This decline is likely related to the replacement of the 457 visa with the Temporary Skill Shortage visa over this period.

"In this context, there could still be challenges in filling the additional 100,000 technology jobs that will be created by Australian businesses by 2024.”