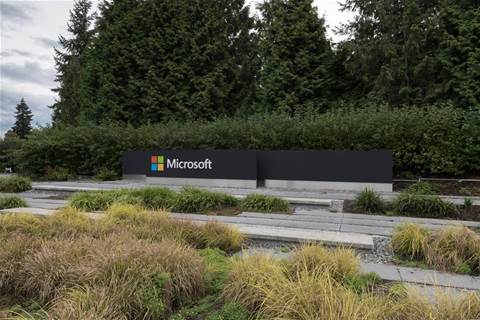 The latest round of Microsoft’s US$50 million AI for Earth program has resulted in six Australian artificial intelligence-based projects securing grants to further their work.

The dollar value of the individual grants was not disclosed and iTnews is seeking further detail on the actual amounts distributed in Australia.

The grants program, which kicked off in 2017, is targetted at organisations looking to tackle climate change and its effects on agriculture, biodiversity and water resources.

Australian projects to receive grants and support this year include:

PhD candidate Moataz Medhat ElQadi and associate professor Alan Dorin said, “Access to Microsoft’s Azure Cognitive Services is enabling us to continue to build an understanding of ecosystems key to food security and the sustainability of earth’s natural environments.”

Integrating different levels of relevant ecological data with state-of-the-art AI methods to facilitate the better prediction of the urban carbon budget. “Traditionally, we monitor a few influencing factors of soil carbon accumulation while we know that there are more factors involved,” PhD student Emad Kavehei said.

Drone-based reef monitoring: A Queensland University of Technology project exploring how data collected by drones fitted with advanced sensors can be interpreted by AI to aid with the classification and restoration of coral.

One of the challenges is the scale of the reef – which is roughly the size of Japan, requiring an innovative approach to data collection. Associate professor Felipe Gonzalez explained that the team has built an AI system that interprets images captured by hyperspectral cameras mounted on drones, to get a better understanding of the health of the reef.

Weed identification and classification: Startup business InFarm is using AI to help identify weed species in fallow fields – specifically those that are chemical resistant – and also to provide application maps for use in autonomous, variable spray tractors.

InFarm managing director Jerome Leray said, “We use drones to survey fields, AI to interpret the images, and the resulting insight to allow targeted weed-spraying that we estimate can reduce farmers’ herbicide costs by 95 per cent and also rein in the amount of chemicals used overall.”

Microsoft’s chief environmental officer, Lucas Joppa, said that although advancements in AI and cloud technologies are increasingly being leveraged to tackle the world’s biggest problems, the uptake of these solutions to protect the planet is proceeding slowly.

“And as such, we are essentially flying blind when it comes to understanding how our planet is changing and how to best solve environmental challenges. AI can change that.