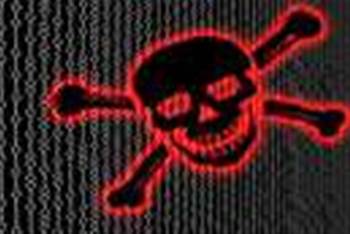 A flaw affecting all versions of IE is being exploited in the wild, Microsoft warns.

Microsoft has warned a vulnerability in Internet Explorer (IE) has been exploited in the wild.

The Redmond firm has updated the advisory for the flaw, which reared its head just before Christmas and derives from the way IE handles cascading style sheets (CSS).

The CSS vulnerability affects all versions of IE and could allow a hacker to initiate remote code execution.

“This vulnerability requires an attacker to provide a CSS style sheet that includes a reference to itself with an @import command,” explained Kevin Brown, a member of the Microsoft Security Response Centre engineering team, in a blog post.

“When Internet Explorer tries to load this recursive style sheet, it corrupts memory in a way that could be exploited for arbitrary code execution.”

Microsoft has included a workaround in its advisory to help users protect systems whilst the tech giant works on an update.

For the workaround to function correctly, Microsoft said users would need to have implemented the latest security updates, including MS10-090, which was released on 14 December 2010.

“This workaround is an MSI package (Microsoft "FixIt") that uses the Windows application compatibility toolkit to make a small change to MSHTML.DLL every time it is loaded by Internet Explorer,” Brown explained.

“This change causes Internet Explorer to refuse to import a CSS style sheet if it has the same URL as the CSS style sheet from which it is being loaded. Simply put, the workaround inserts a check to see if a style sheet is about to be loaded recursively, and if it [is] so, it aborts the load of the style sheet.”

The workaround was issued on the same day as the first Patch Tuesday of 2010, in which another zero-day vulnerability affecting the Windows Graphics Rendering Engine was left unfixed.

Got a news tip for our journalists? Share it with us anonymously here.
Copyright © ITPro, Dennis Publishing
Tags:
beingexploitedflawieismicrosoftsecuritywarns