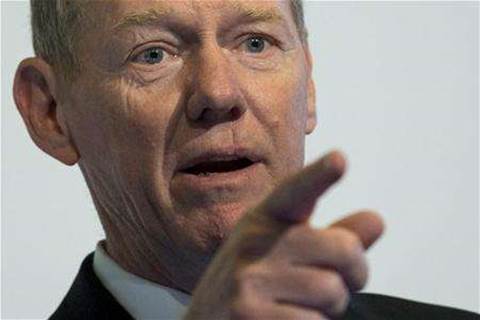 At least three of the top 20 investors in Microsoft want a turnaround expert to succeed Steve Ballmer as chief executive and have urged the technology giant's board to consider Ford CEO Alan Mulally and CSC CEO Mike Lawrie for the job, several sources familiar with the matter said.

The special committee of the board, which is conducting the CEO search, and its advisers have been meeting with shareholders after Ballmer's surprise decision late last month to retire within a year, the sources said. It could name a CEO as soon as the end of this year.

In one such meeting, Microsoft said it started with a list of about 40 people, including internal and external candidates, and has been narrowing it down, one of the sources said.

It wasn't clear whether the Microsoft board had reached out to any of the potential candidates suggested by investors or whether it was even considering them. The names of other candidates in the mix are unknown.

Microsoft declined comment, and Lawrie and Mulally could not be reached for comment. But last week, Mulally said he was "absolutely focused on serving our Ford."

The search for a new chief executive of the world's largest software maker is one of the most closely watched developments in the technology sector this year.

Microsoft remains highly profitable, but it has struggled to gain traction in the mobile device business against rivals such as Apple and Google.

In July, the company unveiled a deep reorganisation to transform into a "devices and services" leader, but has so far failed to convince investors that its strategy will work. In a sign that shareholders had already lost confidence in Ballmer, Microsoft's shares rose 7 percent after news of his planned retirement.

Last week, Microsoft said it would buy Nokia's phone business and license its patents for €5.4 billion (A$7.7 billion). Shares of the software company fell as much as 6 percent as investors protested the acquisition of an underperforming and marginalised unit that made a US$3 billion operating loss in 2012.

The move also brings Stephen Elop, who ran Microsoft's business software division before jumping ship in 2010, back to the company, positioned as another candidate to succeed Ballmer.

Microsoft Chairman and co-founder Bill Gates, who is still the company's largest shareholder with a 4.8 percent stake and is on the four-member special committee, will likely have a veto on the new CEO choice.

Gates, who has focused his day-to-day activities on philanthropy for the last five years, has not given any indication of what kind of CEO he favors.

Investors are attracted to Mulally and Lawrie because both have histories of successfully turning around companies, although the Ford CEO is more widely known thanks to his dramatic reversal of the No. 2 US automaker, the sources said.

Under a succession plan at Ford outlined last November, Mulally, 68, is expected to stay on as CEO until at least the end of 2014. But people with knowledge of the matter said the executive may step down sooner than planned if he finds an appealing new role.

"There is no change from what we announced in November: Alan Mulally plans to continue to serve as Ford's president and CEO through at least 2014," Ford spokesman Jay Cooney said.

A role as the head of Microsoft would allow him to follow up his seven-year tenure as Ford's CEO with another high-profile job. It would also bring him back to Seattle, where he lived during his nearly four decades at Boeing and still has a home.

The other candidate on investors' radar is Lawrie, a long-time IT executive who engineered a complex fix at UK-based Misys, a financial software company, before joining CSC in 2012.

CSC, which is in the midst of a multiyear turnaround plan under Lawrie, declined to comment.

In 2005, Lawrie worked for about a year as a general partner of activist investor ValueAct Capital, a Microsoft shareholder that had pressed for Ballmer's ouster and has been offered a seat on the company's board.

Even though Ballmer was more a salesman than a technology specialist, a choice of Mulally, who comes from outside the technology sector, would be a radical departure for the industry.

The major precedent for such a move was IBM's successful hiring of Louis Gerstner, a manager from the financial industry who turned around the struggling computer company between 1993 and 2002. John Sculley, who went from PepsiCo to lead Apple from 1983 to 1993, was not regarded as being very successful.

Despite its problems, Microsoft is not yet in such a dire predicament as IBM was in the early 1990s. Microsoft reported a profit of US$22 billion last year, despite falling sales of PCs, which are still the key to its main businesses.

Its online and mobile computing efforts do not make money. Its Bing search engine and other online ventures have lost almost US$3 billion in the last two years alone, and last quarter the company took a US$900 million write-down on the value of unsold Surface tablets.

Despite billions of dollars of investment, Windows phones still have less than a 4 percent global market share, according to the latest figures from research firm IDC.