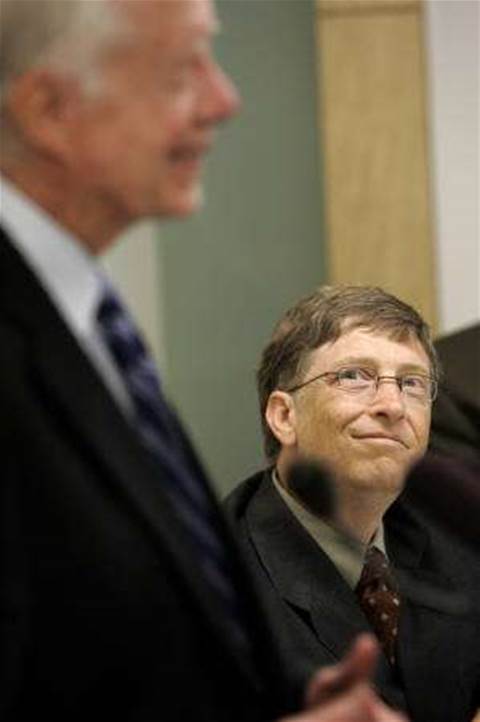 Microsoft unveiled its 'Origami' project, a paperback-book sized portable computer, which is a hybrid between a laptop PC and a host of mobile devices that the world's biggest software maker hopes will create an entirely new market.

SEATTLE/HANOVER (Reuters) - Microsoft unveiled its 'Origami' project, a paperback-book sized portable computer, which is a hybrid between a laptop PC and a host of mobile devices that the world's biggest software maker hopes will create an entirely new market.

Lighter than two pounds with a seven-inch touch-screen, the new "ultra-mobile" PCs (UMPCs) use microprocessors from Intel Corp. and run a modified version of Microsoft's Windows XP Tablet PC edition.

"This is a single ultra-mobile computer that combines the functionality of many different products," David Steel, the vice president for marketing at Samsung's digital media group, said at the CeBIT technology trade show in Hanover, Germany.

Samsung positions the UMPC as a handheld organiser, an MP3 portable music player, a mobile television receiver, a games device and a notebook PC and believes it will be more successful than the full-sized tablet notebook PC with touch screen, launched four years ago.

"We really believe the difference is now the connectivity. the tablet PC had a certain form factor, but it did not really offer the mobility the new product can do. And along with mobility there is (now) connectivity," Steel said.

The new machines will connect wirelessly to the Internet and carry full-sized hard drives, but they are not intended to replace current PCs.

Microsoft's track record in promoting an alternative PC has produced mixed results. The tablet PC has not yet gained broad appeal despite strong backing from founder Bill Gates.

No US name brand PC makers have signed on to make the new devices, which will have battery life of about three hours, but Microsoft predicted a bright future for the devices.


"We believe that (ultra-mobile PCs) will eventually become as indispensable and ubiquitous as the mobile phone today," Microsoft vice president Bill Mitchell said at CeBIT.

"The Origami project is really our first step toward achieving a big vision," he added.

Microsoft said it has already held discussions with a number of additional PC and consumer electronics companies to broaden the number of manufacturers.

The new PCs are expected to sell for between US$599 to US$999, but Microsoft said it is possible to sell one for US$500 if the manufacturer selects components carefully.

Microsoft sparked a frenzy by creating a Web site to tout "Origami" with cryptic messages like "do you know me?" and "do you know what I can do?"

This fuelled industry speculation that "Origami" would challenge Apple Computer's iPod digital music player or Sony PlayStation Portable.
Got a news tip for our journalists? Share it with us anonymously here.