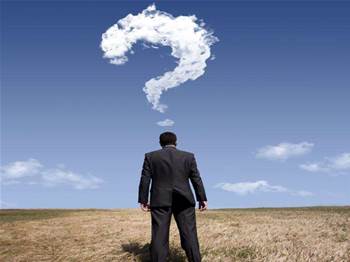 Microsoft and Canberra-based hosting company Uber today announced what they term a "proof of concept" for a Government community cloud.

The two companies announced the initiative at an event today at Canberra's National Portrait Gallery.

By Friday, Uber intends to have completed the deployment of an IaaS (Infrastructure-as-a-service) stack based on Microsoft software, including the Hyper-V hypervisor, System Centre management tools and Microsoft's self service portal - a web services based front-end for end users to spin up their own virtual machines within Uber's data centre.

The company will run this infrastructure for an as-yet unnamed Federal Government agency until March with a view to providing 'cloud computing' services based on the Microsoft stack in the future.

During the proof of concept trial, the stack will be used during attempts to quickly stand up applications to support Government policies as they are announced, scale them over a short period of time, and scale them back down again as such projects are deferred, closed or completed.

Dennis Jorgenson, chief operating officer at Uber said the company usually provides web hosting based on a Linux stack and counts over a dozen Federal Government agencies among its customers.

But the lure of hosting enterprise IT environments for these customers drew the company to Microsoft.

"Traditionally, our environment has been about the internet, so it has primarily been a Linux environment," he said.

"But the concept of the cloud replaces whats inside a customer's perimeter - which is primarily Microsoft."

Microsoft and Uber will use the proof of concept trial to work through several issues identified in the Federal Government's cloud computing strategy paper.

Jorgenson said Uber was "seeking clarity" on several issues in the paper, but most of them were not of a technical but legal nature (around licensing, privacy and security) and varied according to the type of organisation held as a customer.

"We have no doubt the technology works," he said.

The test is whether a Government community cloud could provide the economies of scale in terms of resource sharing during times of peak loads, and whether a commercial vendor such as Microsoft could provide flexible licensing terms for such a software stack.

Phil Goldie, business group lead at Microsoft Australia told iTnews that the vendor would offer Uber as much information from the lessons it has learned from similar trials overseas.

But he noted Microsoft still has much to learn for itself - particularly about the Australian market.

"We will look at the infrastructure required, and think through the SPLA [service provider licensing] program to look at the cost model [for a Government community cloud]," he said. "Frankly, that is something we're keen to watch unfold."

Jorgenson hoped AGIMO and the wider Government spectrum might also learn from the exercise.

"We will create a white paper that explicitly states what we've discovered," Jorgenson said. "We would be thrilled if the Government picked it up and took advantage of it."