Microsoft to patch three critical flaws in May 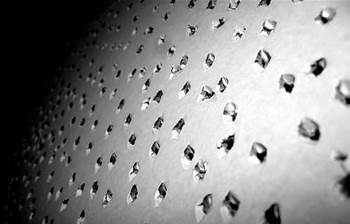 Patches will send IT admins scrambling.

The patches would fix remote code execution flaws in Office, Windows, the .NET Framework and Silverlight.

Four other patches were rated important and would fix remote code execution flaws in Office and elevation of privilege vulnerabilities in Windows.

Qualys CTO said Wolfgang Kandek the bulletins would be the highest-priority for IT admins.

"Bulletin one also affects Office for the Macintosh, but is rated only important on that platform," he wrote.

"Bulletins four and five will also cover Office, and while they are ranked as important, they provide fixes for remote code execution vulnerabilities.

"They should be considered a high priority as bulletin four affects the free Excel viewer and bulletin five the free Visio viewer, giving us a clue as to what file formats contain the weaknesses.”

Lumension security and forensic analyst Paul Henry said "disruptive restarts" and the wide range of platforms impacted will "have IT teams scrambling to accomplish their flaw remediation tasks".

“Pending the official release from Microsoft on Tuesday, of greatest concern are critical bulletins two and three, which impact both legacy and current-generation operating systems.”

Got a news tip for our journalists? Share it with us anonymously here.
Copyright © SC Magazine, US edition
Tags:
exploitsmicrosoftofficepatchingsecuritysoftwarevulnerabilitieswindows