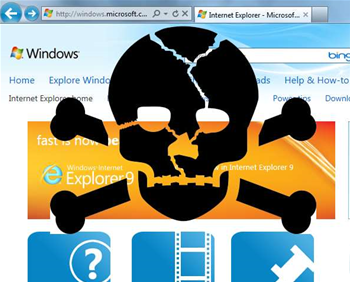 Microsoft is readying nine patches to be released Tuesday as part of the software giant's monthly security update.

Two of the nine fixes address vulnerabilities rated critical and could be exploited to execute remote code, while the remaining seven patches attend to flaws deemed important, according to an advance notification from Microsoft.

Security observers eyed Bulletin 1 as the most pressing because it involved vulnerabilities in all supported versions (6-10) of Internet Explorer (IE).

Security weaknesses in browsers are preferred vectors of attack for cyber criminals because often they can be successful by a victim merely visiting an infected web page.

Andrew Storms, director of security operations at nCircle, which recently was acquired by Tripwire, suspects one of the IE flaws being plugged was discovered last month at the Pwn2Own hacker contest at the CanSecWest show in British Columbia.

Got a news tip for our journalists? Share it with us anonymously here.
Copyright © SC Magazine, US edition
Tags:
ieinternet explorermicrosoftpatch tuesdaypwn2ownsecurity