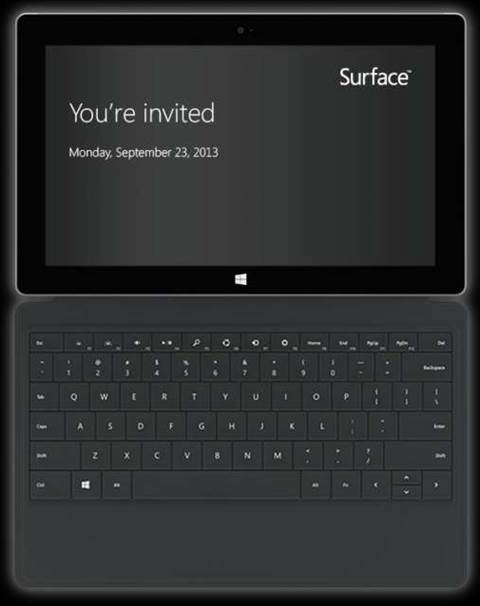 Microsoft is expected to unveil next-generation versions of its Surface tablets at the end of this month, after sending out ‘save the date’ invitations to media.

The company will hold an event on September 23 in New York City, which is expected to respond to a number of recent leaks on the Surface 2 and Surface Pro 2 tablets.

The two devices will be updated versions of Microsoft’s current Surface RT and Surface Pro tablets. The Surface RT is expected to lose the “RT” from its name in favour of “Surface 2”.

Both devices are expected to remain similar in design to the current models.The Surface RT and Pro both come in a magnesium-based case with an integrated kickstand. That kickstand is expected to be updated to be adjustable at two stages.

The Surface Pro is likely to receive a processor upgrade to Intel’s new Haswell, which is expected to improve its maximum 5 hours of battery life by two hours.

The Surface 2 is expected to be upgraded to a Tegra 4 processor and a 1080p display. The ARM-based Surface RT is 9.3mm thick to the Intel x86-based Surface Pro’s 13.5mm. The Intel model is also heavier at 903 grams, compared to the Surface RT’s 676 grams.

Touch and Type cover accessories can be purchased separately for both models, acting as both a keypad and case-type protection.

The Surface Pro runs on full Windows 8 while the RT uses a hobbled version of the operating system called Windows RT.