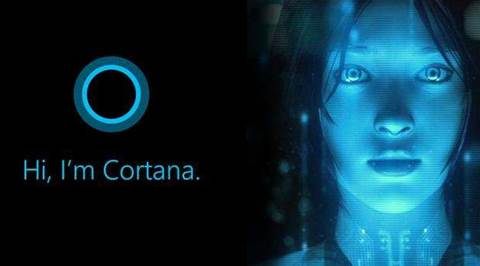 Microsoft is working on an advanced version of its voice assistant competitor to Apple's Siri, using research from an artificial intelligence project called "Einstein."

Microsoft has been running its "personal assistant" Cortana on its Windows phones for a year, and will put the new version on the desktop with the impending arrival of Windows 10.

Later, Cortana will be available as a standalone app, usable on phones and tablets powered by Apple's iOS and Google's Android, people familiar with the project said.

"This kind of technology, which can read and understand email, will play a central role in the next rollout of Cortana, which we are working on now for the fall time frame," said Eric Horvitz, managing director of Microsoft Research and a part of the Einstein project.

Horvitz and Microsoft declined comment on any plan to take Cortana beyond Windows.

The plan to put Cortana on machines running software from rivals such as Apple and Google represents a new front in CEO Satya Nadella's battle to sell Microsoft software on any device or platform, rather than trying to force customers to use Windows.

Success on rivals' platforms could create new markets and greater relevance for the company best known for its decades-old operating system.

The concept of 'artificial intelligence' is broad, and mobile phones and computers already show dexterity with spoken language and sifting through emails for data, for instance.

Still, Microsoft believes its work on speech recognition, search and machine learning will let it transform its digital assistant into the first intelligent 'agent' which anticipates users needs.

By comparison, Siri is advertised mostly as responding to requests. Google's mobile app, which doesn’t have a name like Siri or Cortana, already offers some limited predictive information 'cards' based on what it thinks the user wants to know.

Microsoft has tried to create digital assistants before, without success. Microsoft Bob, released in 1995, was supposed to make using a computer easy, but ended up being the butt of jokes. The office assistant nicknamed 'Clippy' suffered a similar fate a few years later.

"We're defining the competitive landscape... of who can provide the most supportive services that make life easier, keep track of things, that complement human memory in a way that helps us get things done," Horvitz said.

Outside his office door stands "The Assistant", a monitor showing a woman's face that can converse with visitors, has access to Horvitz's calendar and can book meetings.

On his desktop, Horvitz runs 'Lifebrowser', a program that stores everything from appointments to photos and uses machine learning to identify the important moments. A keyword search for his university professor instantly brings up photos and video from the last time they met.

Cortana could tell a mobile phone user when to leave for the airport, days after it read an email and realised the user was planning a flight. It would automatically check flight status, determine where the phone is located using GPS, and checking traffic conditions.

None of the individual steps are a breakthrough, but creating an artificial intelligence that can stitch together the processes marks a breakthrough in usefulness, Microsoft says.

Rivals are on the same track. Google's latest mobile app uses the predictive power generated from billions of searches to work out what a user is doing, what they are interested in, and sending relevant information, such as when a favourite sports team is playing next.

Apple is also pushing Siri, which uses Microsoft's Bing search engine in the background, into new areas with its CarPlay and HomeKit platforms, as well as the recently unveiled Apple Watch.

The key to Cortana's success will be knowing where a user is, what time it is, and what they are trying to do. Albert Einstein's work on the relationship between space and time gave rise to Microsoft's secret project name, said Horvitz.