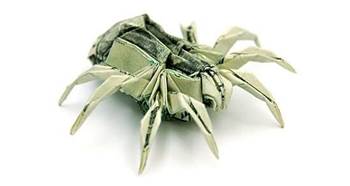 The richest and biggest software company in the world still won’t pay researchers for disclosing vulnerabilities despite a growing number of its peers opting to do so.

Up to 80 percent of Microsoft vulnerabilities were privately and freely reported.

Researchers had a variety of motivations behind reporting bugs and money was not necessarily chief among them, Microsoft security boss Mike Reavey said.

“I don’t think that filing and rewarding point issues is a long-term strategy to protect customers," he said.

Microsoft’s new BlueHat competition — which pays handsomely for defensive security solutions — was more effective and more appealing to those who consider security research an “intellectual pursuit”.

Reavey said BlueHat participants had respect because they were builders and breakers.

“Rewarding $200,000 for finding techniques that blocks an entire class of exploits scales better, and better protects customers," he said.

Google, Mozilla, Facebook and Samsung are among an expanding list of companies prepared to shell out for privately-disclosed vulnerabilities.

PayPal is the latest to join that list this week after the company’s chief security officer Michael Barrett changed his tune on paying for vulnerabilities.

“I originally had reservations about the idea of paying researchers for bug reports, but I am happy to admit that the data has shown me to be wrong — it’s clearly an effective way to increase researchers’ attention on internet-based services and therefore find more potential issues,” Barrett said.

He said the experience from companies that pay for bugs was “very positive”.

Researchers could earn a dollar from Microsoft vulnerabilities through HP's Zero Day Initiative, which pays for reported bugs and supplies them to affected vendors for free.

Microsoft’s MSRC receives between 100,000 to 200,000 emails each year that range from critical vulnerability disclosures down to user requests to help deal with malware infections.

Of those, about 1000 were triaged and around 150 were considered vulnerabilities.

Only 16 have been released as more costly out-of-band security releases, and the remainder pushed through Microsoft’s monthly patch Tuesday updates.