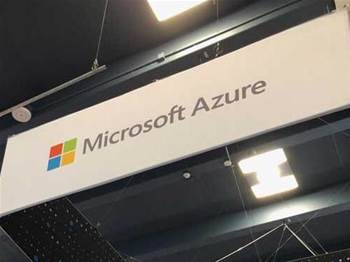 Does not affect users with already active sessions.

Microsoft has confirmed issues with its Azure Active Directory service that are preventing a number of users from authenticating to gain access to cloud-based applications and services.

The company said in a status advisory that “customers using Azure Active Directory or Microsoft Account may experience authentication issues when attempting to access Azure, Dynamics 365, and/or Microsoft 365.”

“We are aware of this issue and are actively investigating,” it said.

The issues started just before 12.30pm AEDST and were continuing an hour later.

Users reported being unable to reach a number of Microsoft Azure-based services, including the M365 administration centre, as well as Exchange Online and the partner portal.

Microsoft confirmed these services were inaccessible.

However, it said that "active sessions may not be affected by this problem", meaning it only impacts users that were not already logged in.

Microsoft said that services started to recover at 1.52pm and that it was "receiving reports that users are experiencing service restoration" by 2.11pm.

The company has had several Azure AD outages this year that prevented users from accessing cloud-hosted services and applications.