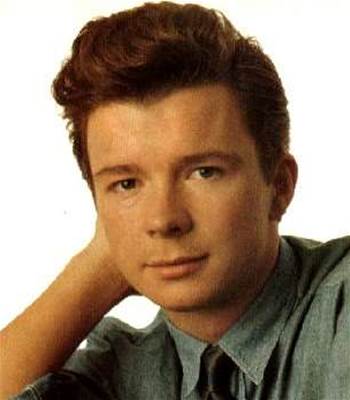 Microsoft Australia is likely to set quotas or shape traffic on its 150 Mbps Tech Ed 2010 conference internet link, in an effort to stop users killing the network by torrenting large files.

In a blog post, network administrators Codify revealed yesterday that the conference network - which provides free WiFi to the 2,500-plus delegates each year - was "unfairly monopolised" by a small number of users at the conference last September.

Administrators created an unorthodox temporary fix to the problem during last year's event - by ‘RickRolling' the leechers.

RickRolling is a bait-and-switch phenomena where users are redirected to a music video by 80s star Rick Astley.

"We quickly built a list of all of the top torrent trackers around and got the nod from Jorke [Odolphi - a local evangelist] to add them all to the local DNS resolver and point them at a local web server containing some RickRoll scripts," Codify software engineer David Connors said.

"It killed me that I didn't see anyone getting done by this first hand, but there were hundreds of impressions in the server logs containing the the Rick Roll scripts so I did get a fair amount of satisfaction at least.

"It was the most evil of evil Rick Roll scripts too - worse than any that anyone has used to get me in the past."

Microsoft later created a script that could automatically generate a list of offending MAC addresses that was "dropped into a block list in the core switches."

The culprits were "fingered and booted off the network.

"Of course, they then just changed their MAC addresses, in which case they were then re-identified as soon as their utilisation crept up, and the new MAC was banned," Connors said.

Fun and games aside...

The episode - the first in the history of the conference, which is one of Australia's largest gatherings for the technology industry - has left a sour taste for Microsoft.

The vendor now looks set to place limits on the network connection when Tech Ed reconvenes in Queensland later this year.

"The whole thing was a bit sad for me personally, as I took it as a bit of a depressing display of the bad parts of human nature taking advantage of our deliberately liberal and generous policies on network access," Connors said.

"We've been running the network the same way since 2004 and this is the first time we've seen people take advantage of it this way.

"We don't shape the traffic on the network at all and nor do we see it as our role to police or restrict delegate use of the network (a policy that will, no doubt, change for Tech Ed 2010 based on last year)."