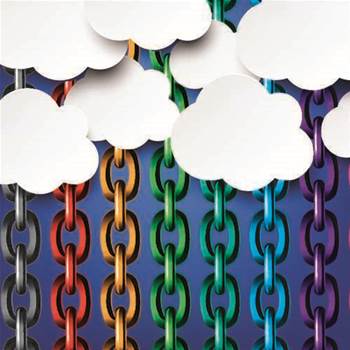 Moves to Cloud and Enterprise Division.

Microsoft's 'Trustworthy Computing' IT security team is to be restructured and blended with other parts of the company, to adapt to a leaner and more agile future that encompasses the cloud.

Last weekend, Microsoft laid off 2,100 staff as part of its mass redundancy program that will see a total of 18,000 employees cut, some 14 percent of the total workforce.

Unconfirmed rumours at the time said Trustworthy Computing would be reorganised to coincide with the redundancies, a strategy Microsoft confirmed only late yesterday.

Trustworthy Computing will be folded into the Cloud and Enterprise Division, Microsoft said, to allow it to embed itself more fully in the engineering unit most responsible for cloud and security.

The changes were set in motion by Scott Charney, Microsoft's vice president of Trustworthy Computing, who defended them on the company's official blog.

"This is not about the company’s loss of focus or diminution of commitment. Rather, in my view, these changes are necessary if we are to advance the state of trust in computing," Charney wrote.

Charney will continue to head up the Trustworthy Computing team in the Cloud and Enterprise Division with programs such as the Security Development Lifecycle and Online Security Assurance being maintained company-wide.

He noted that the world has changed dramatically since 2002 when Bill Gates instigated Trustworthy Computing as a response to criticism of Microsoft's then lax security practices.

"The rise of advanced persistent threats, nation-state cyber activity, and a mobile-first, cloud-first world means that security processes created for boxed products on a three-year ship cycle are not sufficient," Charney said.

While centralised tools and oversight are still needed, they're not sufficient to improve security to counter new threats in a mobile, cloud-first world Charney said.

He said the changes to Trustworthy Computing will allow the security team to make even more of an impact over the coming years, by simplifying the way it works and with increased agility and greater accountability.