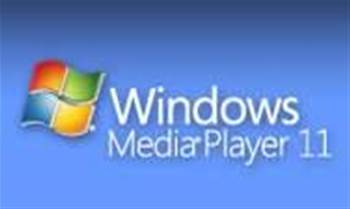 Latest version of player touted as 'preview of Vista'.

Mike Sievert, Microsoft's corporate vice president of Windows, said that the new features are "a preview of what's to come in Windows Vista".

The new navigation options include the ability to organise music by album art using a "stacking" interface, similar to the cover browser feature in iTunes, that groups albums by genre, artist and other information.

Audio fingerprinting software in the program analyses new music and automatically updates it with artist, track and album information from an online database.

This works for CDs being ripped as well as unnamed audio files, according to Microsoft.

Among the most highly-touted features is the inclusion of Urge. A joint venture between Microsoft and MTV, Urge will provide users with access to more than two million songs and is the "preferred" download service in Media Player 11.

Accessible as a subscription service and on a per-song basis, the music service also offers users 130 streaming radio stations. It is currently available only in the US.

First introduced as beta software in May, Windows Media Player 11 came under fire for its DRM software and handling of licences.

Got a news tip for our journalists? Share it with us anonymously here.
Copyright ©v3.co.uk
Tags:
11mediamicrosoftplayerreleasessoftwarewindows