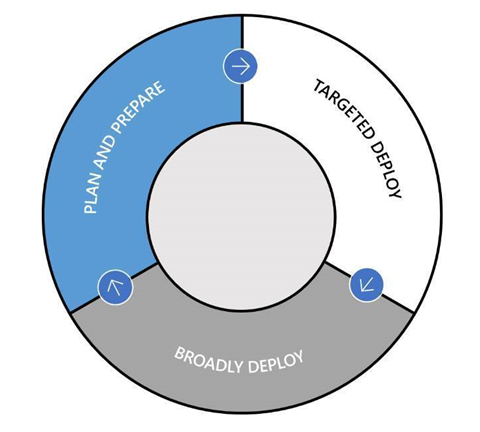 Windows 10 customers will have a simplified, more predictable features update cycle after Microsoft announced it will move to a twice-yearly cadence for its client operating system.

Each SAC release will be serviced for 18 months after its debut.

Microsoft said it will deliver the updates “right away to targeted, compatible consumer devices and gradually ramp up to full deployment based on the telemetry that we receive” with each SAC release.

LTSC releases of Windows 10 are expected to appear every two to three years, with the next scheduled to arrive in 2019. Each LTSC release will be serviced for ten years after it appears, Microsoft said.

Announced earlier this year and in targeted deployment since April, Windows 10 Creators Update is now fully available to all customers.