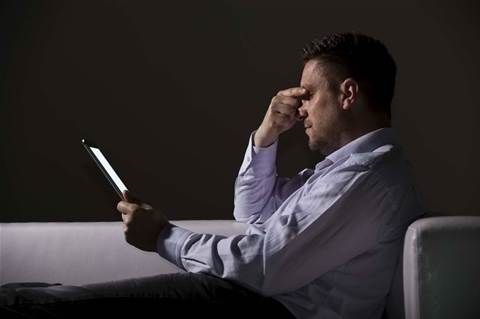 Fix not expected until Windows 10 migration.

The Australian Taxation Office is urgently trying to fix a Microsoft Office 365 bug that has prevented its 20,000 staff from easily forwarding meeting invites to one another for three months.

The issue came to light earlier this week, when the agency went looking for an enterprise architect to diagnose the “root cause” of the problem.

A brief on the Digital Marketplace - which has since been withdrawn - said that “forwarding meeting invites to recipients is not working as expected” in Outlook.

“We are seeking a suitably experienced enterprise architect for up to five days ... to analyse the logs and provide assistance to our team to rectify this issue,” the brief states.

A spokesperson told iTnews that the problems related to a “compatibility issue … with email classifications on Windows 7”, but that a workaround was in place.

The cause of the issue was identified using a Microsoft logging tool.

“The ATO identified a compatibility issue in May with email classifications on Windows 7,” the spokesperson said.

“While there is a workaround in place for the issue we know it is an irritant our staff are experiencing.

“We are working with our software partners to find a more suitable solution in the short term.”

While calling for an enterprise architect to undertake the work with just four days' notice, and at a cost of $10,000 for 40 hours, the ATO does not expect the issue will be fully resolved.

“We expect the migration to Windows10 will provide a permanent solution to the issue,” the spokesperson said.

In January, the ATO said it planned to complete its transition to Windows 10 by the end of December 2020. At that time, only 555 staff were using devices that run Windows 10.

The agency paid the government’s exclusive Microsoft licence reseller, Data#3, just under $1 million to extend Windows 7 support for the vast majority of its devices for another year.

Since then, however, the agency bought thousands of Dell laptops and HP monitors to equip its staff to work from home during the coronavirus.

More than 12,000 Dell desktops and laptops were also procured last year to replace the ATO's end-of-life fleet of HP devices by May 2023.

Update 3:50 pm: A previous version of this article said the enterprise architect would receive $96,800 for 40 hours work. The ATO have published a revised brief on the Digital Marketplace that reduces this figure down to $10,000 for 40 hours work