Microsoft on IE8: we won’t break the Web 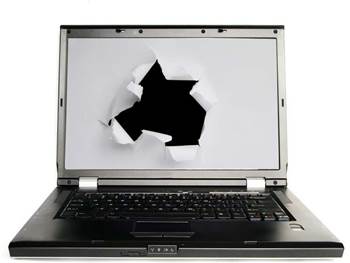 No matter what you think about IE, you’ve got to feel sorry for the developers preparing the new IE8.

While the new beta of Firefox 3 is grabbing attention this week, Microsoft is busy preparing its own big browser upgrade in IE8, which is expected in beta by mid-year.

Web site developers may be interested to hear promises made in blog posts by the IE8 platform architect Chris Wilson, who says there is a “lot of potential breakage” in the new browser.

With half a billion supposed IE users and thousands of sites already customised to work with earlier browsers, IE8 has the potential to make Web surfing slicker, or to screw it up for thousands of people.

No matter what you think if IE, it’s clear that the developer team is aware of these problems. Their goals are certainly admirable, according to this blog post: “We must deliver improved standards support and backwards compatibility so that IE8 continues to work with the billions of pages on the web today that already work in IE6 and IE7 and makes the development of the next billion pages, in an interoperable way, much easier.”

The team wants IE8 to support the right standards without “breaking the existing Web”. The new hope is an opt-in approach to standards using a element rather than a blanket approach. In theory, this should help avoid the problems that plagued Web sites when IE7 first launched.

As Chris Wilson explains, “many sites had worked around many of the shortcomings or outright errors in IE6, and now expected IE7 to work just like IE6… Sites didn’t work, and users experienced problems.”

Firefox 3 - there were 350 memory leaks?
Meanwhile, say what you will about IE, but Firefox has also had its share of problems. Sure, it’s a fast, reliable browser, but at times we’ve ditched it when performance mysteriously turned to sludge.

A new beta version of Firefox 3 hit the Web this week with news that developers have eliminated 350 “individual memory leaks”. Not only that, but a new XPCOM cycle collector promises to completely eliminate “many more”. That’s nice to know.

Firefox 3 Beta 3 has 50 improvements to memory use all up, which has us crossing our fingers that this time, we won’t be doing the browser dance. Other new features include tagging bookmarks with keywords, faster page loading, zoom in on pages, and better security.