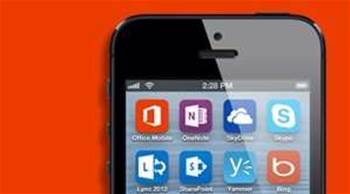 No plans for iPad.

Microsoft has released its Office software for iPhone in the company’s first move to a platform outside of Windows.

Office Mobile for iPhone is available now through Apple’s app store in the US and later this week for Australian users, but can only be used with a subscription to Microsoft's Office 365 cloud service.

The Office 365 subscription supports five devices, not including the iPhone, for an annual fee. Office for iPhone will be free for current Office 365 Home Premium and ProPlus customers.

Microsoft’s Word, Excel and PowerPoint products are available through the iPhone Office application, and will be supported by the company’s SkyDrive storage service.

No iPad or Android versions of Office are planned, Microsoft said.

Microsoft has developed several new features just for the iPhone application, including ‘slide navigator’ and ‘speaker notes' for PowerPoint, which allow users to flick through and practice presentations; and‘ resume reading’ which takes users to the same point a Word document was left on a PC. 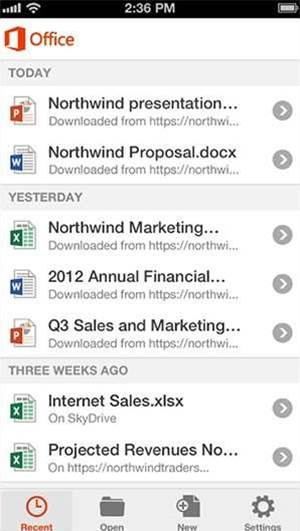 Microsoft Excel on the iPhone