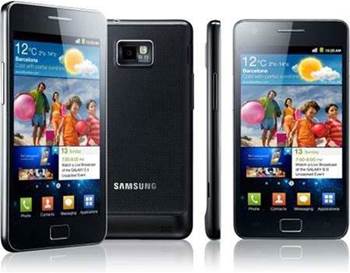 The agreement will see Samsung pay royalties to Microsoft for its smartphones and tablets running Android, which should avoid the need for Samsung to alter its devices to escape similar litigation battles to those it faces with Apple.

The financial terms of the deal were not disclosed, however previous reports put the fee Microsoft was seeking from Samsung at $US15 for each Android device it made, adding a significant overhead to what Google has sold as a free operating system.

The deal, which also includes a promise by Samsung to market and develop Windows Phone, was a major win for Microsoft.

Samsung is second only to Apple’s iPhone by global smartphone shipments, according to recent quarterly figures by Strategy Analytics.

Seven other Android device makers had already signed agreements in the US with Microsoft, including HTC and Acer.

The only other major US Android phone maker that was yet to strike a deal with Microsoft was Google’s intended $12 billion acquisition, Motorola Mobility, which was in negotiations with Redmond currently.

The licensing deals showed that patents were not a threat to innovation, according to Smith and Gutierrez, identifying Google as the chief protagonist behind that campaign.

“[L]ook at today’s announcement. If industry leaders such as Samsung and HTC can enter into these agreements, doesn’t this provide a clear path forward?” the pair said.

The deal showed Samsung had little faith that Google’s merger with Motorola would save Android from its patent woes, according to patent expert Florian Mueller.

“If Samsung truly believed that Google's acquisition of Motorola Mobility was going to be helpful to the Android ecosystem at large, it would have waited until that deal is closed before concluding the license agreement with Microsoft,” he said.

“But Samsung probably knows it can't rely on Google. It decided to address Android's intellectual property issues on its own.”