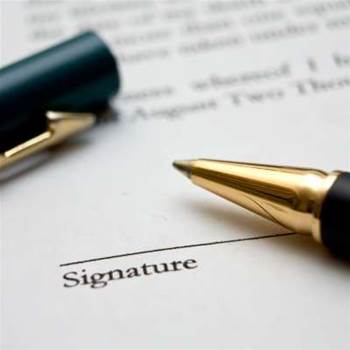 Exclusive: Could result in higher prices for many users.

Microsoft volume licensing customers with fewer than 500 seats will find themselves forced to move to one of two new licensing arrangements after July 1 when the software giant hikes the minimum user requirement for enterprise agreements.

The company began informing its EA customers of the change last December, according to documents sighted by iTnews.

It advised that from July 1 this year, it would raise the minimum seat requirement for an enterprise agreement from 250 to 500.

Existing EA customers with fewer than 500 users or devices will be given the option to extend their current agreement for 36 months come renewal time, but will then need to transition to one of two newer licensing options.

Microsoft wants smaller enterprises to sign up either to its new Microsoft products and services agreement (MPSA) or its cloud solution provider (CSP) contract.

It said renewal rates for new EAs with less than 500 users were "weak", with a significant portion choosing not to renew at the end of the three-year EA term.

"This leads us to believe that the EA is no longer the ideal licensing vehicle for these customers," Microsoft advised customers.

Microsoft's enterprise agreements are notoriously complex and can end up costing a business millions for products and services they don't use before they can exit or change the three-year contract.

The agreements call for customers to buy future versions of software as well as current versions that may not fit their needs in two or three years time. The problem has worsened in recent years with the growth of cloud computing and mobility.

Over the past two years Microsoft has recognised its customers' desire for more flexibility and introduced a "next-generation licensing initiative".

The MPSA, launched in 2014, promises a streamlined licensing process (including a heavily pared-back 10-page contract document) for buying products and services and more procurement flexibility.

Customers can mix on-premise software and hosted products as well as professional services in a single one, two or three-year contract. The MPSA will also soon offer short-term durations of between one and 11 months.

Microsoft is also providing more cloud-heavy sub-500 seat users a 'cloud solution provider' model under which they can pay for online services on a monthly basis, rather than annually, with outsourced service management.

The change in enterprise agreement licensing will not impact government customers, Microsoft said. The minimum requirement for government EAs will remain at 250 seats.

"[The historical problems with EAs are] the inability or flexibility to purchase what you want," he said.

"If you can pick what you want – rather than Microsoft dictating what you get – that will allow you to be more flexible and potentially cost efficient. Anything that rationalises and simplifies the current EAs can only be a good thing."

Peter Grant, IBRS advisor and former Queensland government CIO, said an agreement that meant a client ended up buying the whole Microsoft stack was a "level of vendor lock-in you can do without".

"In the past you did need it because technically everything ran with Windows and you couldn't mix and match products, but that's no longer the case."

Henley Properties chief information officer Jeremy Bree currently manages an enterprise agreement for 600 seats, which is coming up for renewal at the end of this year.

Given his organisation's cloud-centric approach, Bree plans to take a close look at whether his business would benefit from a shift to an MPSA model.

"We've recently moved into a private cloud but we're also using a fair bit of test and dev in Azure, we've probably got some legacy licensing in our EA that's no longer required," he said.

"So a subscription-based model sounds much more preferable. The ability to drop some of the licensing that we've currently got for on-premise that we're not going to be using anymore should theoretically save costs."

Beware of lift and shift

But a large number of midmarket Microsoft clients may end up worse off under the new model, according to Dr Joseph Sweeney, advisor at IBRS and Microsoft watcher.

"Most of the 250 to 500 market rely on license service providers," he told iTnews.

"And it's not necessarily in the LSP's interest to tell clients how to save money. [The organisation] will probably see their licensing increase marginally over time because they will look at what they've got and say 'we have to buy all of this again'.

"Small organisations have almost no chance of doing software asset management well, so Microsoft will keep selling them the same stuff at slightly higher prices over time."

Grant agreed businesses would be unlikely to save money under an MPSA contract unless they managed the agreement well.

"Every time a vendor changes arrangements with licensing and contracts, you need your people to be ahead of it. The same goes for software-as-a-service and infrastructure-as-a-service - it could save you money but not if you haven't understood what the pricing model is."

For those who take the opportunity to look at their existing software set and identify what is and isn't being used, price deductions of as much as 20 percent could be acheived, Sweeney said.

"Organisations that are smart and have a good handle on what they're using will benefit from this in the long run, even if the transition might be a bit shocking and painful," he said.

"You save money on Microsoft licensing when you know what you don't need to buy - when you cherry-pick software and get it right."

Sweeney said part of the reason for Microsoft's change in policy was the midmarket's tendency to sweat assets for as long as possible.

"It's an issue that's been haunting Microsoft for some years now. People realised they didn't need to upgrade, they could sweat assets because Microsoft kit is pretty solid in the long run," Sweeney said.

"Under a traditional EA, when organisations realised they weren't going to be upgrading in any serious way for three years, a lot of them moved to an on-premise version only and sweated that asset."

The licensing shift was indicative of the company's longer-term strategy to move customers off the traditional OpEx model and onto a CapEx approach, he said.

"You need an OpEx model for cloud, obviously, and there is a big move to as a service. [The new] licensing makes sense for where the whole industry is going," he told iTnews.