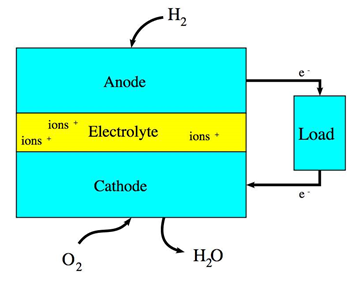 Researchers at Microsoft have released a study that explores how to collapse the entire electricity supply chain and move power production into data centres to achieve lower costs and other benefits.

The paper, No More Electrical Infrastructure: Towards Fuel Cell Powered Data Centres, points to conservative estimates of cost reductions by a fifth through the unconventional approach of integrating fuel cells into server racks.

Unlike conventional electricity generators, fuell cells are not bound by the Carnot Cycle Efficiency limit and due to their size can be integrated into IT hardware, the researchers said.

The cells convert energy from fuels such as hydrogen, natural and bio-gas, as well as ethanol. They are clean enough to be used indoors, producing very few emissions.

Integrating fuel cells into server racks is the most cost effective approach, whereas putting them directly into servers have efficiency disadvantages, the study found. A direct current (DC) supply from the fuel cells further helps efficiency as the wasteful transformation from alternating current (AC) can be done away with.

In the current power supply chain with AC/DC conversion, some 80 percent of the energy from the electricity generation plant to the server chip is lost, the study shows. With fuel cells, the effiency doubles so that one Watt of energy generated results in 0.4 Watt delivered.

Apart from lower costs and more environmentally friendly power supply, the researchers said availability is vastly improved as failures are limited to the racks themselves, and not the entire energy delivery chain.

No chillers and coolers are required for the equipment either, and outside air can be used instead.

Fuel cells are reliable with no moving parts and can also eliminate diesel generators and battery banks for power backup in data centres, further improving resiliency.

The researchers said they intend to install a fuel cell with servers to get first hand measurements, to verify if such a power supply architecture is useful for data centres, replacing existing electricity delivery infrastructure.