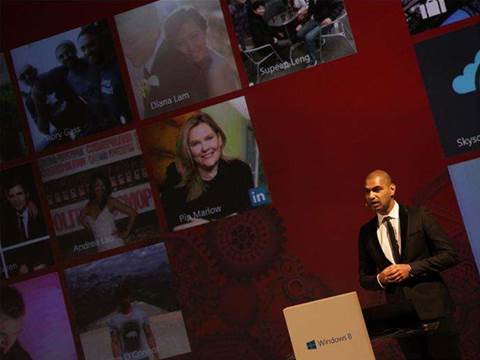 Aligned with US pricing.

Microsoft has formally launched Windows 8 in Australia as part of a global series of events that kicked off in New York last night.

It comes in various flavours: Windows 8; Windows 8 Pro for businesses and technical professionals; Windows RT for PCs and tablets powered by low-power ARM chips; and Windows 8 Enterprise that includes Pro and IT management features.

In Australia, Microsoft priced Windows 8 Pro at $69.99 for the "Full Packed Product" version and $39.99 for the digital upgrade version — in line with its pricing for US customers.

Both versions are available to consumers running PCs with Windows XP, Vista or 7. Users of certain Windows 7 PCs purchased from 2 June this year could also be eligible for a $14.99 upgrade offer.

A store for applications

Microsoft has not said how many apps Windows 8 will have at the launch, but it is expected to be a fraction of the 275,000 available to iPad users.

The New York Times announced a reader app for Windows 8 on Thursday and Amazon.com launched a Kindle e-book app for the new system, but some big names such as Facebook are not expected to feature.

Businesses are not expected to be early adopters of Windows 8, but some feel the new crop of tablets running Office applications could counter the iPad.

"Enterprise IT will do anything to not have to deploy iPads. There are development costs, new software they don't really understand," said Patrick Moorhead, founder of technology analysis firm Moor Insights and Strategy.

"Enterprise will more likely pick a Windows 8 tablet. [This] is going stop rollout of iPads in its tracks."

Investors were uncertain about the prospects for Windows 8, but many feel a solid launch could help Microsoft's stock, which has languished between $US20 and $US30 for much of the last decade.

"This really is about debunking the notion that Microsoft is a dinosaur and (showing) they are relevant in a new climate of tablets and mobile," said Todd Lowenstein, portfolio manager at HighMark Capital Management, which holds Microsoft shares.

"Extreme pessimism and almost utter failure is priced into the shares, so any kind of positive delivery on units, customer perception, would be really beneficial to the stock."