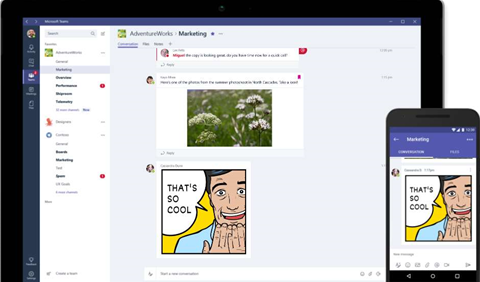 The new product will be part of Microsoft's Office 365 cloud-based software suite.

Slack, whose customers include CBS, BuzzFeed, universities and the US government, among others, had over 4 million daily active users in October.

The company took out a full page ad in the New York Times today, addressing the entry of Microsoft Teams.

"We're genuinely excited to have some competition," Slack said in the ad.

Microsoft said a preview of Teams will be available to Office 365 commercial customers with enterprise or business plans, starting today.