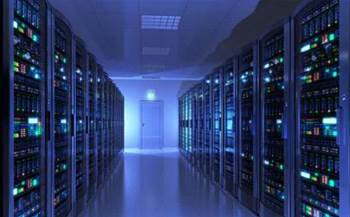 Microsoft will buy the entire output of a Texas wind farm that will feed electricity into the same grid servicing one of the software giant's data centres, two months after a similar move by Google.

The Redmond-based software maker said today it had struck a 20-year power purchase agreement with the 110MW Keechi Wind farm, which it expects to bring 55 wind turbines online in 2015.

Rob Bernard — an environmental strategist employed by Microsoft — said in a blog post the farm "is on the same electric grid that powers our data centre in San Antonio".

In other words, the company isn't taking a direct feed from the wind farm to power its data centre, but is adding renewable energy to the grid where it consumes power.

"By purchasing wind, we will reduce the overall amount of emissions associated with operating Microsoft facilities in this region and hopefully spur additional investment in renewable energy in Texas," Bernard said.

Microsoft did not say how exactly it plans to fund its wind energy purchase. Bernard said "part" of the funding would be drawn from carbon fees levied on internal business units for their activities. The fee amount, introduced in mid-2012, has never been disclosed publicly.

Rival Google now has five such agreements in place, and entered its largest arrangement in mid-September, also in Texas.

Google agreed to buy the entire output of the much larger 240 MW Happy Hereford wind farm near Amarillo, Texas, which it expects to begin producing energy in "late-2014". The farm is also adding renewable power to the existing regional electricity grid, rather than directly feeding Google's Oklahoma data centre that sits across the state line.

Data centre operators are increasingly looking at ways to directly or indirectly supplement the mains power they draw upon with cleaner, renewable energy sources.

Apple said in July it plans to build a solar farm that feeds into the same grid serving a data centre in Nevada. It similarly powers a North Carolina data centre with solar.

Closer to home, NBN Co said last week it had bought 50 percent green power for all facilities under its control in the financial year just gone. It is also investigating solar technologies.

NextDC is another proponent of solar technology, having installed panels on the roof of its M1 data centre in Port Melbourne in 2012. The panels provide a bit less than five percent of the power the facility requires.

Telstra is readying trials of a new way to feed solar power into its telephone exchanges. It is also looking to fuel cells to provide back-up power for mobile base station huts.