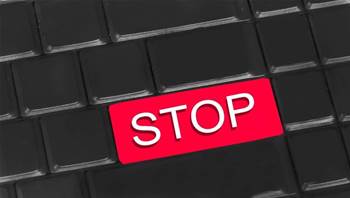 Microsoft has issued an update that disables mitigation against variant 2 of the Spectre hardware flaw in Intel processors.

Intel said the present set of firmware images could cause computer reboots and unpredictable system behaviour, as well as data loss or corruption.

"Our own experience is that system instability can in some circumstances cause data loss or corruption," Microsoft said, confirming Intel's findings.

Windows 7 service pack 1, Windows 8.1 and all versions of Windows 10 - client and server - are covered by the update.

Microsoft joins the likes of Dell, HP, Lenovo and Red Hat to back out of the Spectre patches.

Intel is currently testing new microcode for its processors and believes it has found the reason for the system instability.

Microsoft said it had received no reports of Spectre variant 2 being used to attack its customers, and promised to re-enable the mitigation once Intel has fixed its microcode.

The feisty founder of the Linux operating system kernel, Linus Torvalds, last week ripped into Intel for pushing out what he called "complete garbage" patches.