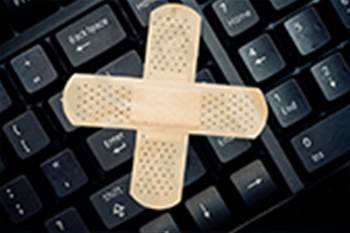 Microsoft has issued a total of four security bulletins this week, in its monthly patch release.

The September edition of the update addresses a total of eight security flaws, with each bulletin carrying a maximum severity rating of 'critical'.

Three of the four bulletins address remote code execution errors in various components of Microsoft Windows, while the fourth fixes a flaw in Office.

The first of the four Windows fixes is for five separate issues in the GDI+ component. An attacker could use a number of specially crafted image files to create errors which could then allow for remote code execution. The patch is rated as critical for all currently supported versions of Windows XP, Server and Vista.

The second Windows fix addresses flaws in the Windows Media Encoder software and can be exploited through a specially-crafted web page. That bulletin is listed as critical for Windows Vista and XP, and moderate for Windows server 2003 and 2008.

The third of the patches fixes a flaw in Windows Media Player 11 which could allow for a remote code execution attack by way of a malformed streaming audio file.

The last patch addresses an issue in Office which allows for remote code attacks by way of a specially crafted OneNote URL. The vulnerability is only listed as critical for OneNote 2007 users. All other versions of Office are listed as important under the bulletin.
Got a news tip for our journalists? Share it with us anonymously here.
Copyright ©v3.co.uk
Tags:
forfourissuesmicrosoftpatchesseptembersoftware