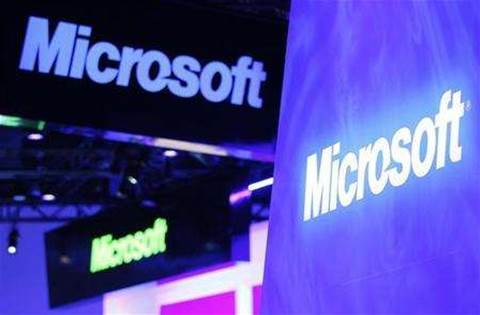 A variety of logos hover above the Microsoft booth on the opening day of the International Consumer Electronics Show (CES) in Las Vegas January 10, 2012. Credit: Reuters/Rick Wilking/Files

Microsoft said on Tuesday it takes seriously any allegations of misconduct, after a report that the US Department of Justice is investigating potential bribery by Microsoft employees in China, Romania and Italy.

"We take all allegations brought to our attention seriously and we cooperate fully in any government inquiries," a top Microsoft lawyer said, without confirming that the software company was aware of any investigation.

The Wall Street Journal reported earlier on Tuesday that Microsoft was the subject of probes by both the Justice Department and US Securities and Exchange Commission (SEC) over tips from a former Microsoft employee that the company handed kickbacks to foreign government officials in return for software contracts.

Investigations of potential violations of the US Foreign Corrupt Practices Act are fairly common among US companies.

Microsoft rival IBM agreed in 2011 to pay US$10 million to resolve SEC charges over improper gifts to government officials in South Korea and China, but is still waiting for a judge to sign off on the deal.

The China allegations spring from information passed by a former employee to US investigators last year, according to the Journal report, which cited an unnamed source it said was familiar with the matter.

Microsoft hired outside lawyers to conduct a 10-month internal investigation which found no wrongdoing, the report said, citing unnamed people briefed on the investigation.

The Journal said the investigations are in the early stages and the government has not accused any party of wrongdoing.

Microsoft declined to talk about any ongoing inquiries, but in a blog posted on its website by John Frank, the company's deputy general counsel, it offered what it called "perspective".

"In a company of our size, allegations of this nature will be made from time to time. It is also possible there will sometimes be individual employees or business partners who violate our policies and break the law.

"Our responsibility is to take steps to train our employees, and to build systems to prevent and detect violations, and when we receive allegations, to investigate them fully and take appropriate action. We take that responsibility seriously."