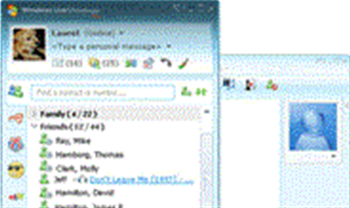 Windows Live, Microsoft's online application arm has partnered with a number of social networking sites to ease the portability of address books.

LinkedIn, Tagged, Hi5, Bebo and Fabebook have agreed to use the Windows Live Contacts API, a tool that lets members port contacts lists, and search for contacts, across participating sites.

John Richards, Director of Windows Live Platform at Microsoft, announced the news in his blog, saying, "I’m pleased to announce that Microsoft has partnered with some of the world’s top social networks on contact data portability. Starting today, we will be working with Facebook, Bebo, Hi5, Tagged and LinkedIn to exchange functionally-similar Contacts APIs, allowing us to create a safe, secure two-way street for users to move their relationships between our respective services.

The collaborations with Facebook, Bebo, Hi5, LinkedIn and Tagged will make it easier, safer, and more secure for people to have access to their contacts and relationships from more places on the web."

Facebook and bebo are currently live with the service, the others, Richards said, would follow in the coming months.

Richards added that Microsoft had also released a complimentary tool, explaining, "Along with these collaborations, Microsoft is introducing a new website at www.invite2messenger.net that people can visit to invite their friends from our partner social networks to join their Windows Live Messenger contact list."
Got a news tip for our journalists? Share it with us anonymously here.
itweek.co.uk @ 2010 Incisive Media
Tags:
contactsgroupsmicrosoftsocialsoftwaretogether