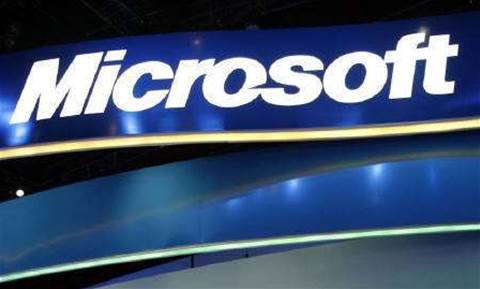 It is the first time Microsoft -- itself the target of anticompetition action in the United States and Europe -- has filed a complaint with regulators over competition issues.

In its complaint on Thursday, Microsoft claims Google engages in a "pattern of actions" that unfairly impede competition.

Google controls more than 90 percent of the Internet search advertising market in Europe, well ahead of Microsoft's Bing, which is struggling to make inroads into Google's market share.

Google is already under investigation by the European Commission after complaints from three small firms, one of them owned by Microsoft.

Google did not seek to counter Microsoft's claims publicly, but indicated it was not overly concerned by the complaint.

"We're not surprised that Microsoft has done this, since one of their subsidiaries was one of the original complainants," Google spokesman Al Verney said.

"For our part, we continue to discuss the case with the European Commission and we're happy to explain to anyone how our business works."

The European Commission said it would review Microsoft's allegations.

"The Commission takes note of the complaint and, as is the procedure, will inform Google and will ask for its views on it. No further information will be given," EU Commission spokeswoman Amelia Torres said in an emailed statement.

Microsoft's complaint will raise the profile of the Commission's ongoing investigation into Google, said Christopher Thomas, a partner at law firm Hogan Lovells.

"Microsoft becoming a formal complainant does make a difference. Those other three companies are of a certain size and are not anything like Microsoft with its resources and determination," he said.

"There will be new issues that the Commission will have to look at now that a player as significant as Microsoft has gone on record."

"As troubling as the situation is in the United States, it is worse in Europe," said Brad Smith, Microsoft's top lawyer, on a blog on the company's website.

"That is why our filing today focuses on a pattern of actions that Google has taken to entrench its dominance in the markets for online search and search advertising to the detriment of European consumers."

Specifically, the suit charges that Google hurts competition by "walling off" content on its YouTube site, so other search engines can't display accurate results; by making it difficult for Microsoft's mobile phone software to show videos from YouTube; by blocking access to content owned by book publishers which Google has copied and stored; by not allowing advertisers to use their own data about customers garnered from Google on other sites, such as those owned by Microsoft; by blocking websites from using competing "search boxes"; and by making it expensive for potential competitors to Google to advertise online.

"We readily appreciate that Google should continue to have the freedom to innovate. But it shouldn't be permitted to pursue practices that restrict others from innovating and offering competitive alternatives," said Microsoft's Smith in his blog.

"That's what it's doing now. And that's what we hope European officials will assess and ultimately decide to stop."

Microsoft has been fined a total 1.68 billion euros by the Commission for antitrust infringements in Europe.