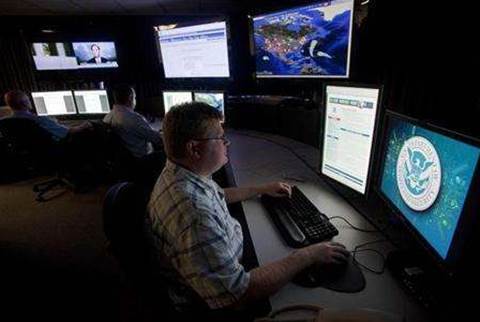 Microsoft and the FBI, aided by authorities in more than 80 countries, have launched a major assault on one of the world's biggest cyber crime rings, believed to have stolen more than US$500 million from bank accounts over the past 18 months.

Microsoft said its Digital Crimes Unit on Wednesday successfully took down at least 1000 of an estimated 1400 malicious computer networks known as the Citadel Botnets.

Citadel infected as many as five million PCs around the world and, according to Microsoft, was used to steal from dozens of financial institutions, including American Express, Citigroup, Credit Suisse, PayPal, HSBC and JPMorgan Chase.

While the criminals remain at large and the authorities do not know the identities of any ringleaders, the internationally coordinated take-down dealt a significant blow to their cyber capabilities.

Botnets are armies of infected personal computers, or bots, which run software forcing them to regularly check in with and obey "command and control" servers operated by hackers. Botnets are typically used to commit financial crimes, send spam, distribute computer viruses and attack computer networks.

Citadel is one of the biggest botnets in operation today. Microsoft said its creator bundled the software with pirated versions of the Windows operating system, and used it to control PCs in the United States, Western Europe, Hong Kong, India and Australia.

The US Federal Bureau of Investigation told Reuters it is working closely with Europol and other overseas authorities to try to capture the unknown criminals. The FBI has obtained search warrants as part of what it characterised as a "fairly advanced" criminal probe.

"We are upping the game in our level of commitment in going after botnet creators and distributors," FBI Assistant Executive Director Richard McFeely said in an interview.

"This is a more concerted effort to engage our foreign partners to assist us in identifying, locating and — if we can — get US criminal process on these botnet creators and distributors."

Microsoft has filed a civil lawsuit in the US District Court in Charlotte, North Carolina against the unknown hackers and obtained a court order to shut down the botnets. The complaint, unsealed on Wednesday, identifies the ringleader as John Doe No. 1, who goes by the alias Aquabox and is accused of creating and maintaining the botnet.

Boscovich said investigators are trying to determine Aquabox's identity and suspect he lives in eastern Europe and works with at least 81 "herders," who run the bots from anywhere in the world.

The Citadel software is programmed so it will not attack PCs or financial institutions in Ukraine or Russia, likely because the creators operate in those countries and want to avoid provoking law enforcement officials there, Microsoft said.

According to Microsoft, Citadel was used to steal more than US$500 million from banks in the United States and abroad, but the company did not specify losses at individual accounts or firms.

The American Bankers Association, one of three financial industry groups that worked with Microsoft, said any success in reducing the number of active Citadel Botnets will reduce future losses incurred by banks and their customers.

"I am hopeful we have a model that will allow us to get closer and closer to those who are the ultimate perpetrators of these crimes," said ABA Vice President Doug Johnson.

In the United States, banks typically reimburse consumers when they are victims of cyber crime, but they may require business customers to absorb those losses, the ABA said.

Microsoft's team of digital detectives, who are based at corporate headquarters in Redmond, Washington, have been involved in seven efforts to attack botnets since 2010. Wednesday's marked its first collaboration with the FBI.

The software maker sought help from the FBI about 10 days ago. At that time the agency told Microsoft that it had already done significant work on a criminal probe into the Citadel Botnets, the FBI's McFeely said.

Microsoft said it and the FBI are working with law enforcement and other organisations in countries including: Australia, Brazil, Ecuador, Germany, Holland, Hong Kong, Iceland, India, Indonesia, Spain and the United Kingdom.

Of the more than 1,000 botnets that were shut down on Wednesday, Microsoft said 455 were hosted in 40 data centres in the United States. The rest were located in dozens of countries overseas.

Technicians from Microsoft, accompanied by US Marshals, visited two US data centres in Scranton, Pennsylvania and Absecon, New Jersey to collect forensic evidence.

Boscovich said the data centre operators typically are not aware that their servers are being used to run botnets. "There is no responsibility on their part to see what is in the pipes," he said.

It was the second time Microsoft's Digital Crimes Unit sought to bring down a large number of botnets at once. In March 2012 it targeted hundreds of Zeus botnets, which use similar software and infrastructure as Citadel, though they were not as sophisticated.

That effort succeeded in shutting just a quarter of the approximately 800 targeted Zeus command and control servers, according to Microsoft. Zeus is not controlled by a single developer like Citadel, which made it harder for investigators to track and knock out herders.

Cyber criminals typically infect machines by sending spam emails containing malicious links and attachments, and by infecting legitimate websites with computer viruses that attack unsuspecting visitors. Some bot herders rent or sell infected machines on underground markets to other cyber criminals looking to engage in a wide variety of activities.

The Citadel software disables anti-virus programs on infected PCs so they cannot detect malicious software. It surfaced in early 2012 and is sold over the Internet in kits that cost US$2400 or more.

Boscovich said he believes that Aquabox also gets a percentage of money stolen by his customers using Citadel.

These kits allow herders to easily set up and run botnets on pirated versions of Microsoft's Windows XP operating system, according to court documents. The kits include modules for infecting PCs, as well as stealing from online banking sites, sending spam and engaging in other types of cyber crime.

Some Citadel Botnet operators have used infected machines to disrupt bank websites in so-called distributed denial of service attacks, hoping to distract those firms from thefts that are occurring or have occurred, according to the complaint.

Aquabox provided herders a secret forum where they could suggest new features for the Citadel kits, as well as exchange ideas on best practices in botnet herding, Microsoft said.