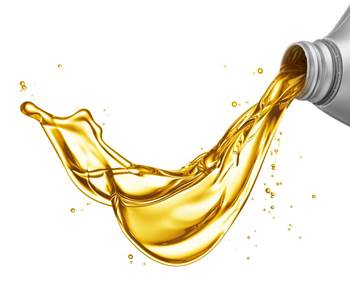 Microsoft has unveiled a free personal storage (.pst) file capture tool that could break down key roadblocks for enterprises attempting to migrate on-premise Exchange servers into the cloud.

It's a couple of months later than expected but years after the emergence of third party tools that do roughly the same thing. (Even Microsoft's tool started out as Red Gate PST Importer. It has been bought, developed further and rebadged).

The tool allows administrators to discover .pst files on the corporate network and import them into Exchange Online (Office 365) and Exchange Server 2010.

Pst files are a legacy of e-mailbox limits. They offer users a way to archive emails without chewing up inbox quotas.

Enterprises typically rein in .pst files as part of an email system migration project, although there are other reasons to do it, such as for back-up purposes.

"It tends to only become an issue when some sort of migration is taking place," Fastrack Technology managing director Yoni Kirsh says.

Kirsh notes that PST Capture appears to have been driven out of the Microsoft product team responsible for Exchange rather than Office 365.

"However, the motivation behind it is most likely going to be cloud related," he says.

"And I guess that makes sense. The next catalyst to trigger big mail migrations really is the Office365 piece because people on Exchange are likely to be running 2010 [on-premise] already."

"At the moment, our enterprise customers seem to be a bit beyond the saturation point for easy 365 migrations. They're not really the low hanging fruit, the key candidates," he says.

"I think for mid-market customers, this particular tool really is going to break down one of the major deployment blockers for doing Office365 migrations in the short term.

"If you think about the gamut of problems that you would come across moving any mail environment to any other Exchange environment, the migration of .pst files [is] probably right up there on the list."

Outside of migration, there are a number of reasons to rein in .pst files, according to Perth-based Microsoft MVP for Exchange Server, Clint Boessen.

Boessen points to a number of features introduced in Exchange 2010 that are not possible to take advantage of when emails are archived and stored de-centrally in .pst's.

For example, Multi-Mailbox Search allows firms to search across all mailboxes on one or more Exchange 2010 servers. The feature is promoted as aiding legal discovery and internal investigations.

"Having email in .pst files prevents customers from being able to use such functionality," Boessen says.

Another reason to move away from a .pst archival strategy is that Exchange 2010 allows the use of cheaper disk storage for the first time, making it more cost-effective to archive email centrally.

The removal of single instance storage (SIS) in Exchange 2010 makes it possible to use Tier 2 SATA disk - rather than Tier 1 disk - for Exchange mailbox database storage.

"In removing this technology from Exchange, Microsoft made it possible to use cheap desktop starter disks in your servers, so consolidating all your .pst data on your server infrastructure now is not as expensive as it used to be," Boessen says.

IBRS analyst Kevin McIsaac concurs: "Historically in Exchange 2007, you used a SAN for the storage but in [Exchange] 2010 you can actually use local storage instead.

"I've seen a couple of organisations go down that route. I don't know how it's worked out for them [but] they certainly haven't told me it was a problem."

Boessen is also keen to see .pst file data repatriated with Exchange to stop IT shops from engaging in the "crazy" - and unsupported - practice of storing .pst files on network shares.

"They map a network drive up to P: and every user would have a folder on the P: where they put their .pst's," he says.

"I've seen a fair few companies do this and it doesn't make sense because you're removing your data from Exchange, it's not being de-duped [and] you're still putting it on your server infrastructure.

"Having .pst files on network shares can not only corrupt the .pst files but it also completely diminishes the performance of not just Outlook but [of] the entire PC. It makes the PC hang and become less responsive."

According to Boessen, other reasons to consolidate .pst's include:

Preaching to the converted?

The impact of Microsoft's PST Capture tool may be less pronounced among larger enterprises, particularly those that have made investments in archival systems like CommVault and Symantec Enterprise Vault.

"Email archiving is something that's been done for quite a long time by a few vendors really well but not Microsoft," IBRS analyst Kevin McIsaac says.

"This whole thing about .pst's and the lack of a real robust archival functionality in Exchange has been a problem for people for ten years".

CommVault and Enterprise Vault contain .pst capture and archival tools. Other .pst capture tools exist in the form of Sherpa's PST Management, Transvault and custom scripts used by systems integrators such as Kirsh and Boessen.

Although Microsoft introduced archival features into 2010, it is unclear how widespread their use is compared to the commercial systems that have been available for some time.

Another factor that limits the impact of Microsoft PST Capture is that - used in isolation - it doesn't solve the wider problems created by .pst proliferation, according to McIsaac.

"I'm a big fan of bringing the .pst's back but you've got to have that whole [data management] lifecycle in mind," McIsaac says.

"If you went out and captured all your .pst's and shoved them back into Exchange, unless you've got a strategy for now managing and archiving [those emails], you've just made a bigger problem for yourself.

"And therefore who cares about Microsoft's tool because if I go down the EV [Symantec Enterprise Vault] or CommVault route, they have tools that automatically go out and find the .pst's, upload them and then archive them."

Sweeney is equally cautious at overstating the importance of Microsoft PST Capture. While he says having a "free tool ... [is] always useful, it's not going to make [email system] migration any easier" unless the enterprise has access to people with the skills required to perform Exchange migrations.

"It's the processes [and] project management that matters," Sweeney says.

Those involved in front-line migration work are more positive on the impact PST Capture will have on migration projects.

"Regardless of what [.pst discovery scripts] we've developed in the past, if there's something that's generic and was developed to work for a range of different scenarios, it's my opinion that it would be of value to deployment people like us," Kirsh says.

Boessen is also upbeat, particularly as he's had months of access to PST Capture under Microsoft's MVP program.

"I've had a play around with tool before it was released," he says. "It's brilliant."

Fellow Exchange MVP Tony Redmond concurs: "It's good that Microsoft has provided a free .pst capture tool and I sincerely hope that it will provide the impetus to convince organisations that it's now possible to move away from .pst storage to more robust solutions."