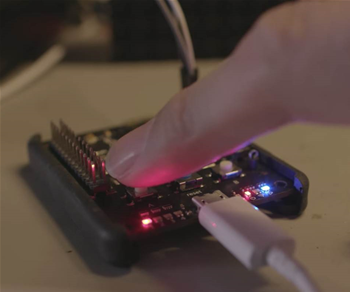 Azure Sphere is open to makers of microcontroller units (MCUs), the integrated circuits that provide compute, storage, memory and an embedded operating system on IoT devices.

The new security device will run the Azure Sphere OS which features a custom open source Linux kernel along with Microsoft Windows security components and a security monitor.

Microsoft will also provide Azure Sphere certification for MCUs, which will have a decade-long lifespan.

IoT device makers have been criticised over the years for poor security, and lack of updates and support from vendors.

Galen Hunt, who heads up the Azure Sphere project at Microsoft, cited the Mirai botnet attack in 2016 that compromised around 100,000 consumer devices, and took out the internet on the US East Coast for a day, as an example why connected MCUs have to be secure.

Hunt said that over nine billion devices with networked MCUs are built and deployed every year and will become targets for attacks.

"Look around a typical household and consider what could happen when even the most mundane devices are compromised: a weaponised stove, baby monitors that spy, the contents of your refrigerator being held for ransom," he added.

Integrated circuit maker MediaTek will be first out of the gates with an Azure Sphere chip, the MT3260 that uses processors usually found in smartphones.

Azure Sphere is in private preview currently, and Microsoft is working with an unnamed group of manufacturers to build products featuring the security solution.

Microsoft said Visual Studio development kits will be generally available by the middle of this year, and believes Azure Sphere-based devices will be on the shelves by the end of 2018.