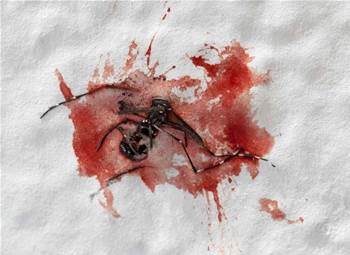 Remote code execution bugs in Edge taken care of too.

Admins and Windows users have been urged to apply the November 2018 round of security patches urgently, to close off vulnerabilities, one of which is under active exploitation currently.

This is the Kaspersky Labs-reported CVE-2018-8589 vulnerability in the win32k.sys kernel, a privilege elevation bug that allows attackers to run arbitrary code in the local system security context, Microsoft warned.

Attackers need to be logged onto the target system to run specially coded applications to exploit the vulnerability. Successful exploitation of the vulnerability allows full system take over, Microsoft said.

The zero-day was published on Twitter and Github on October 23, but not disclosed to Microsoft prior to that.

As with CVE-2018-8589, the CVE-2018-8584 vulnerability requires an attacker to be logged on to the target system for successful exploitation and taking control over it.

Current and unpatched versions of Windows 10, as well as Windows Server 2016 and 2019, are vulnerable to the above zero-days.

While Microsoft said in its Security Update Guide that CVE-2018-8584 is not exploited in the wild, security vendor Tenable's chief technology officer Glen Pendley warned that the flaw is serious as it allows non-admin users to access, delete and inject malicious code on vulnerable systems.

A total of 62 security flaws are fixed in the November 2018 Patch Wednesday.