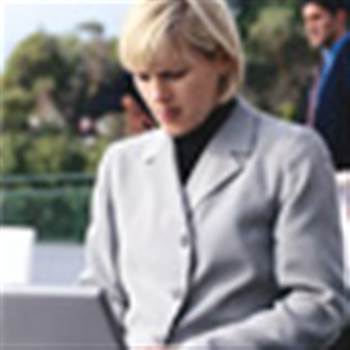 For the fourth quarter, MBS logged a profit of US$38 million on sales of US$280 million. Revenue for the quarter was up 16 percent from US$242 million for the prior-year quarter when the company lost US$84 million.

Starting now, the company will report MBS results with its overall Microsoft Business Division, meaning that they will be combined with Office numbers and it may become more difficult to parse ERP/CRM revenue going forward.

The converged Microsoft Business Division revenue should grow 9 to 10 percent for the upcoming year and three to five percent in the first quarter, said Microsoft CFO Chris Liddell.

"Both Business Solutions and Mobile Embedded exceeded our original revenue guidance for the year achieved operating profitability which we forecast to be sustainable going forward," Liddell told analysts on the company's earnings call Thrusday night.

MBS was formed more than five years ago with Microsoft's purchase of Great Plains Software and subsequent buyout of Navision. The group is tasked with selling boatloads of CRM and ERP wares into small and medium sized businesses, many of which now run competitive offerings or have no CRM or ERP to speak of.

MBS, along with the home and entertainment business, the Server & Tools groups were cited several times on the call for their performance this quarter.

Microsoft Dynamics CRM 3.0, the Xbox along with Visual Studio 2005 and SQL Server 2005 together fueled a combined 31 percent revenue growth of their respective groups for the quarter, said Liddell. Dynamics CRM 3.0 shipped in December.

"Strong revenue growth and efficiencies drove MBS operating profitability for both the quarter and for the first time ever for the full year," she said.

The company view jibes with what long-time MBS partners are seeing. They reported lukewarm acceptance of the first few releases of CRM. "It needed four servers and didn't do anything," said one California-based Microsoft partner at the recent Microsoft Worldwide partner conference in Boston. "Now it's got actual functionality."

Microsoft executives at that show hinted several times that they MBS sales had done well in the quarter but were precluded from saying more in advance of the earnings.

As Microsoft ramps up its SMB ERP push, ERP kingpin SAP is doing the same with its Business One lineup.

In general, the average selling price (ASP) of similar functionality to companies with 15 users or less will decrease with this new model while ASPs to larger customers may rise.

Luckily for Microsoft, the current flock and upcoming upgrades of the ERP lines do not require and have no dependencies on the delayed Vista and Longhorn Windows operating systems.

Got a news tip for our journalists? Share it with us anonymously here.
Copyright © 2010 Network IT Week
Tags:
businessfirstfullhitsmicrosoftprofitablesoftwaresolutionsyear