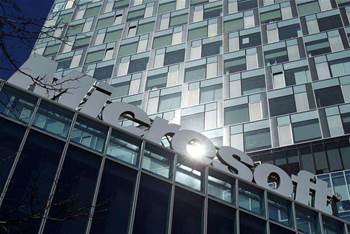 Microsoft has lifted the lid on the pricing for its upcoming Windows Server 2012 R2 products, revealing a hefty price hike for its top of the line product.

The Datacenter Edition of Windows Server 2012 has risen by almost 28 per cent in R2 drag, from US$4,809 to US$6,155 for customers who use it in a highly virtualised environment.

Windows Server 2012 pricing; all amounts in US$. Source: Microsoft

A single license covers up to two physical processors in a server, Microsoft stated. This means a dual-processor server with three virtual OSEs needs either a single Datacenter license, or two Standard Edition ones.

The same CALs that are used for Windows Server 2012 can be used for R2 as well, Microsoft said.

Another change introduced with WS2012R2 is that the Remote Desktop Service (RDS) CALs can be used on public clouds. These cost US$102 for a device CAL, and US$118 for a user CAL.

Separate CALs are however still needed for RDS, and this applies to third-party apps from Citrix, Erciom, GraphOn and others that directly or indirectly interact with the Windows Server graphical user interface, Microsoft said.

A new Server and Cloud Enrollment (SCE) has been introduced under the Microsoft Enterprise Agreement, providing a 15 per cent discount for new license and Software Assurance purchases and five per cent on renewals.

Commitment to Software Assurance is required for three years and also to full System Centre coverage on Windows Server installed base through Core Infrastructure Suites.

Software Assurance licensees who are currently running Windows Server 2012 won't have to pay to shift to the new R2 version, Microsoft said. Before that, the company also switched to a per-processor licensing model for Windows Server 2012 and put the cost of the Standard Edition up by 22 per cent, and doubled the charge for the Datacenter Edition licence.

iTnews has contacted Microsoft Australia to obtain local license pricing for Windows Server 2012 R2 and will update the story when the information arrives.