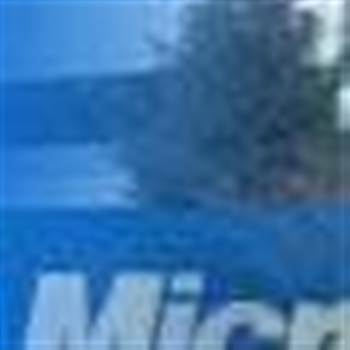 Microsoft has unveiled Surface, a tabletop device that can recognise physical objects and allow direct, hands-on control of content such as photos, music and maps.

Surface turns an ordinary tabletop into a 30in dynamic touch sensitive surface that provides easy interaction with all forms of digital content.

By the end of the year products using the technology will be available in hotels, retail establishments, restaurants and entertainment venues.

The intuitive user interface works without a traditional mouse or keyboard, allowing people to interact with content and information on their own or collaboratively with friends and families.

"With Surface, we are creating more intuitive ways for people to interact with technology," said Microsoft chief executive Steve Ballmer.

"We see this as a multi-billion dollar category, and we envision a time when surface computing technologies will be pervasive, from tabletops and counters to the hallway mirror. Surface is the first step in realising that vision."

Surface computing recognises many points of contact simultaneously, not just from one finger like a typical touch-screen, but up to dozens of items at once.

The technology also features the ability to recognise physical objects that have identification tags similar to bar codes.

A suggested application is a restaurant customer setting a wine glass on the surface of a table.

The restaurant could then provide information about the wine, pictures of the vineyard it came from and suggested food pairings tailored to that evening's menu.

Users could also access information on the wine-growing region and even look at recommended hotels and plan a trip without leaving the table.

Surface computing came about as part of a collaborative effort over a number of years between the Microsoft Hardware and Microsoft Research teams looking for a more natural way of interacting with information.
Got a news tip for our journalists? Share it with us anonymously here.
Copyright ©v3.co.uk
Tags:
breakthroughmicrosoftscratchessoftwaresurfacethe