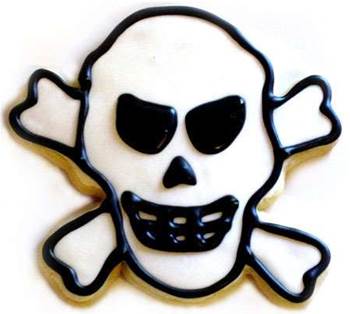 Microsoft has shot dead zombie cookies after a string of bad publicity.

The move comes after a researcher highlighted Microsoft's use of the zombie cookies which are tracking systems that don't actually use cookies, but hold enough information to recreate cookies on a users' machine after deletion.

Jonathan Mayer, a researcher at Stanford University, said he noticed that a browser cookie that had been cleared was "respawned" on live.com - one of Microsoft's sites.

"One of the foundational concepts in web security is the cookie same-origin policy: cookies can only be read and modified by the domain that set them," he said.

"If domains collaborate they can trivially circumvent the same-origin policy and share cookies with each other; this practice is called 'cookie syncing'," he added, explaining that Microsoft was legitimately using such syncing because it has multiple domains. He said Microsoft was using a cookie called an ETag, which manages caching and can respawn user identification data.

Microsoft suggested it wasn't aware of the use of the tracking systems and "promptly investigated".

"We determined that the cookie behaviour he observed was occurring under certain circumstances as a result of older code that was used only on our own sites, and was already scheduled to be discontinued," said Mike Hintze, associate general counsel for regulatory affairs, in a post on a Microsoft blog.

"We accelerated this process and quickly disabled this code," he said. "At no time did this functionality cause Microsoft cookie identifiers or data associated with those identifiers to be shared outside of Microsoft."

He said Microsoft has no plans to "develop or deploy" more supercookies.

Microsoft didn't address Mayer's other complaints, however. The researcher said the company offers a way to opt out of behavioural advertising, but said the system only stops the ads from being displayed - not the user from being tracked.

"It does not remove its identifier cookies after a user has opted out, nor does it make any promise to stop tracking," he said.

Mayer also noted that the opt-out link was "invisible" for Chrome and Safari users, a problem the company has since rectified, he said.

"It is increasingly difficult to accept industry claims that recent negative discoveries reflect 'just a few bad apples'," Mayer added. "And it is more than a little troubling that a few research groups and occasional press coverage seem to be the only present checks on one of the most privacy-invasive industries in history."