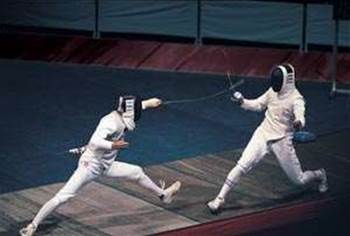 IBM is hijacking the debate over document standards to promote its desktop suites while refusing to look at the merits of each standard, according to Microsoft's general manager of interoperability and standards Tom Robertson.

Big Blue is one of the main backers of the Open Document Format (ODF), while Microsoft supports Open XML.

"IBM does not want Open XML to be standardised. It does not want an alternative to be out there," Robertson told vnunet.com in an interview.

"It wants to drive usage to ODF in the marketplace, including by supporting government mandates. We think that is an effort to limit choice for IBM's competitive advantage."

IBM and other ODF backers have been lobbying governments to gather support for the standard.

IBM touted the software as a way to end vendor lock-in for the desktop operating systems market. But the suite will support only ODF and not Open XML.

Robertson said that he welcomed the launch of the suite, but argued that IBM's support for ODF is limiting customer choice.

"Competition is good, but it should not come from limiting choice in the marketplace," he said.

ODF is currently certified by the International Standards Organization (ISO) as an open standard.

Microsoft's Open XML has been certified by the European Computer Manufacturers Association (ECMA) standards body and is currently awaiting certification by the ISO.

Both groups claim that the openness of their respective standards guarantees that users can access and edit documents in the future.

Users are bound to legacy applications to edit documents in closed file formats. This can prove a challenge with older documents as advances in technology tend to render their formats obsolete.

As part of the adoption as an open standard, Microsoft provided nearly 6,000 pages of documentation describing how Open XML documents are formatted, and how they will allow application programmers to build in support for the standard.

Microsoft considers the debate about the two standards a non-issue. Jean Paoli, general manager of Microsoft's interoperability and XML architecture, pointed out that nobody is complaining about the PDF or RDF standards, both of which are ISO approved.

Similarly, the world has multiple graphics formats such as the Jpeg and Gif files, each of which has its own strengths and weaknesses.

"It is just a normal thing to have different formats for different design goals," Paoli said.

The debate between Open XML and ODF was propelled to the forefront in 2005 when the State of Massachusetts announced that it would mandate the ODF standard for all government offices.

The move would have prohibited any agencies from running Microsoft Office software. The debate in Massachusetts ultimately forced the local chief information officer to step down.

Microsoft has since responded by releasing its Open XML standard and seeking ISO certification. Massachusetts now plans to use special converters that allow Microsoft software to export documents in the ODF standard.

Microsoft also stepped up its interoperability efforts last year through initiatives such as the launch of the Port 25 website and the Novell partnership in November.
IBM did not respond to a request for comment in time for this story's posting.

Got a news tip for our journalists? Share it with us anonymously here.
Copyright ©v3.co.uk
Tags:
blastsdirtyibminmicrosoftodfsoftwarewar