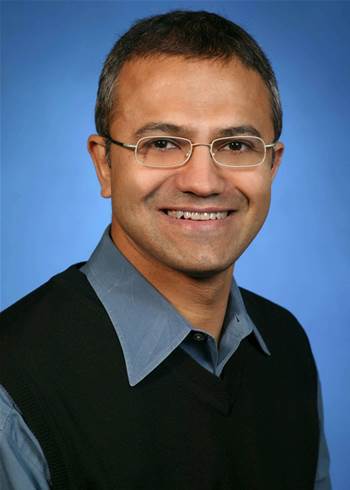 Engineer from within ranks.

Microsoft has appointed 19-year Microsoft veteran Satya Nadella as president of the vendor's US$15 billion a year Server and Tools business.

"Satya has deep experience in both our server business and online services, which will help accelerate our momentum while setting the course to deliver the cloud computing scenarios of the future," Ballmer said in a statement today.

The software vendor appears to have lost one more off the back of Nadell'a appointment. Microsoft announced the resignation of Server and Cloud Senior Vice President Amitabh Srivastava shortly after Nadella's appointment, according to ZDNet's Microsoft blogger Mary Jo Foley.

Insiders recently said that Ballmer wanted more engineers leading the company to help its bid to catch up with Apple and Google's lead on web, mobile and pads.

Nadella [pictured] would appear to fit the bill, recently leading Microsoft's engineering efforts for its Online Services Division and building its cloud for search, portal and Microsoft's advertising platforms, according to Microsoft.

"Nadella joined the Online Services Division in April 2007, and was instrumental in leading the technical efforts for several critical milestones such as the launch of Bing, new releases of MSN, and the integration of Yahoo! across Bing and adCenter," Microsoft said in a statement.