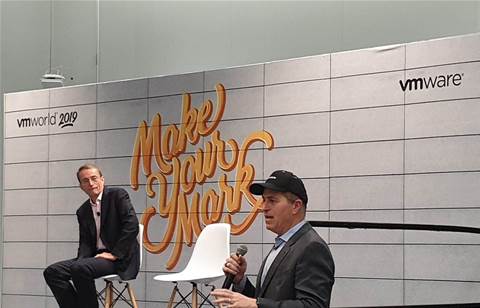 Dell CEO Michael Dell has warned current trade tensions between China and the USA aren’t helping productivity at the tech giant and the company is already taking measures..

Speaking at the VMworld 2019 conference in San Francisco, Dell said “we have had to make some adjustments to our business to deal with the tariffs.”

The tariffs in question are the result of a tit-for-tat trade war being conducted by the two nations, which has been buffeting global markets as the two superpowers trade import tax blows.

“Our first priority is to ensure continuity of supply to our customers and we have been able to do that,” Dell said. “We will urge government officials to work together… on a resolution to the current tensions.”

“We certainly don’t find those tensions to be productive for our business,” he concluded.

....Sadly, past Administrations have allowed China to get so far ahead of Fair and Balanced Trade that it has become a great burden to the American Taxpayer. As President, I can no longer allow this to happen! In the spirit of achieving Fair Trade, we must Balance this very....

VMware CEO Pat Gelsinger offered similar sentiments, saying he expects the world to divide into two trading blocs, one dominated by the USA and another by China.

VMware has a substantial presence in China, both as a vendor and for product development. Gelsinger said VMware is planning for a future in which the company needs to work in different ways in each bloc. The CEO seemed to accept the task of doing so as just one of those things that happens in business and did not pass comment on the geopolitics driving the formation of the two blocs.

Simon Sharwood traveled to VMworld as a guest of VMware.