Mi9's secret is out: 'all-in' on public cloud 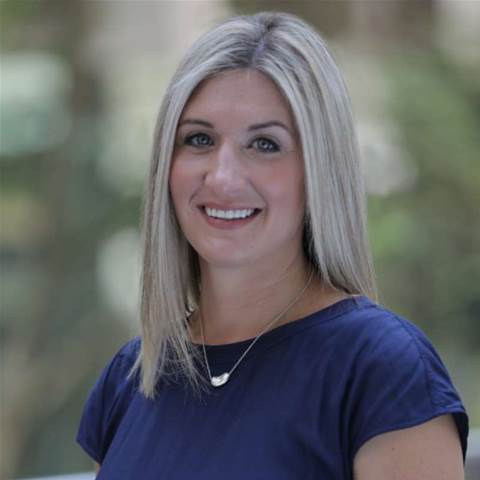 Mi9 has dramatically improved the speed at which it can deliver new websites, apps and features and additionally halved its data centre footprint via an aggressive adoption of public cloud and a restructure of its IT operations around the concept of DevOps.

The media company, formerly known as Ninemsn, is wholly owned by Channel Nine after Microsoft divested its share in the company in late 2013.

Under the new ownership structure, the company can now open up about its plans to go 'all-in' on public cloud - and not, as previously anticipated, with Microsoft.

The company hosted its new Sitecore content management system in AWS in December 2012, and has progressively morphed into an ‘all-in’ AWS shop since.

Mi9 is now in the process of migrating all its legacy information technology assets - which includes every back office system including finance, payroll, directory services and workflow tools - into the public cloud, and is rapidly shrinking its on-premises footprint.

Speaking to iTnews on the sidelines of the Amazon Web Services Re:Invent event, Mi9 CIO Kelly Ferguson said the main drivers behind the shift were “flexibility first”, followed closely by cost savings.

Using public cloud services required some big cultural changes within Mi9’s IT department, namely via the introduction of DevOps, which embeds IT operations functions into the development process to ensure faster deployment of new apps.

“In October, we launched more products than Ninemsn had in the previous 12 months,” Ferguson said.

The network homepage - the jewel in Mi9’s crown - had previously taken ten months to overhaul. The last update took closer to ten weeks, she said.

Mi9 now consumes a growing number of Amazon’s services - everything from the building blocks of EC2 (compute) and S3 (storage) through to RedShift (data analytics), and Elastic BeanStalk for app management, among others.

Peter Du, head of technology operations and infrastructure at Mi9, has hobbled together a means of migrating any legacy application the organisation had virtualised using VMware’s ESX hypervisor into a format suitable for deployment into the AWS cloud.

In doing so, he has managed to consolidate 12 racks of on-premises infrastructure down to six, and retired 23 pieces of server hardware within internal-facing IT systems alone.

Mi9 is also dramatically shrinking the publisher’s hosting footprint via a partnership with Akamai for content distribution. The goal, Du said, is to reduce the in-house footprint to the point where the only kit running on Mi9’s turf will be comms gear.

Ferguson said the media company had been “under no obligation or pressure” to use Microsoft services under its prior ownership.

“We’ve always had a multi-cloud strategy,” she said.

But once the skills and resources required to roll out the new CMS in Amazon were developed, it made sense to continue to invest.

Staff have had been retrained, for example, and a software deployment pipeline pieced together that fits AWS as a target state.

But the pipeline today “very heavily leverages the APIs made available by Amazon Web Services,” Du said, much of which would have to be rewritten if the media company was to deploy to a competing cloud service.

“The challenge today is building that pipeline in a way that’s common to multiple cloud providers,” he said.

Du’s team discusses lock-in as an issue every time AWS releases a new service. Ultimately, he said, the temptation to use the new capability - which by now is nearly always easily compatible with the mode in which the team develops their products - is too strong to resist.

“One of the things I’d like to achieve is having a private cloud being able to burst into multiple public clouds,” Du said.

For her part, CIO Kelly Ferguson said the amount of momentum in cloud computing will ensure she will never regret jumping in earlier with one provider.

“Certainly with Microsoft and Google now starting to play in that category I’m growing less and less worried about [lock-in],” she said.

The main issue with alternatives to AWS today, she said, was that they still took the complexity of enterprise IT with them during the transition into a cloud service provider. Some take to market  contracts numbering in the hundreds of pages, "each section of which references and re-references and references each other.

"When we brought in our services in Amazon, it was a 20 minute conversation," she said.

“If buying compute becomes as easy as buying a book, it’s fantastic. That helps propel innovation - because then you can try things. You’re not sitting around thinking about innovation, but actually trying something, giving it a go and seeing if it works or why it fails.”